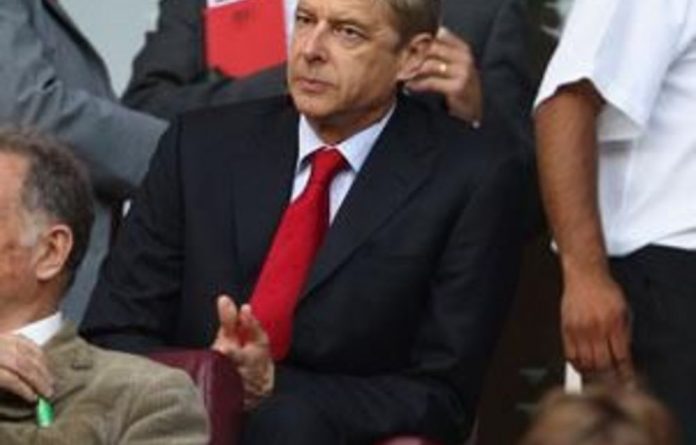 Under-pressure Arsenal made the Champions League for the 14th consecutive season on Wednesday with a battling win over Udinese in Italy, while former champions Benfica also reached the group stage.

Defending a slim 1-0 lead from the first leg of their play-off tie, Arsenal, having endured a poor start to the English Premier League season which has yielded just one point and no goals, fell behind in the 39th minute.

Antonio di Natale levelled the tie on aggregate with a header inside the right-hand post.

But Arsenal captain Robin van Persie equalised 10 minutes into the second half, before Udinese squandered a golden opportunity to go ahead when referee Olegario Benquerenca awarded a penalty against Thomas Vermaelen for a handball.

Arsenal goalkeeper Wojciech Szczesny dived to his right to keep out di Natale’s spot-kick, however, and the Londoners took full advantage when Theo Walcott put Arsenal out of sight in the 69th minute.

It was enough to secure victory on a day when Samir Nasri completed his move away from Arsenal to Manchester City and just nine days after Cesc Fabregas returned to Barcelona.

“We showed that, under pressure, we can respond with football and remain calm and composed on the ball and play like we know how to play,” Arsenal coach Arsene Wenger told ITV.

Witsel, signed from Standard Liege in the summer, found the target in the 46th and 66th minutes, with Luisao also on the score-sheet on the hour mark.

Lyon will play in the group stage for the 12th successive season after a tense 1-1 draw at Rubin Kazan in Russia put them through 4-2 on aggregate.

Bebras Natcho scored for Rubin with 13 minutes remaining and the Russian side sensed a famous night as another goal would have put them through on the away goals rule.

However, new signing Bakary Kone headed home with three minutes left to make sure of Lyon’s place in Thursday’s draw.

“It’s a relief and a satisfaction to be qualified for the Champions League,” said Lyon coach Remi Garde.

“I started to worry when we missed a couple of chances. When you squander good opportunities, it gives the opposition confidence.”

Red cards
Also going through on Wednesday were Czech side Viktoria Plzen, who saw off Copenhagen 2-1 for a 5-2 aggregate win and a first appearance in the lucrative group stage.

BATE Borisov of Belarus enjoyed a 2-0 win at Sturm Graz in Austria, which gave them a 3-1 win.

Villarreal trounced Danish league runners-up Odense 3-0 to win 3-1 on aggregate, Giuseppe Rossi grabbing a brace, to secure a place in the group stage for the third time in what was an ill-tempered match that saw a player from each side sent-off.

Malmo nearly pulled off a remarkable win over Dinamo Zagreb.

Having lost the first leg 4-1, the Swedes went 2-0 up four minutes from time but they could not find the goal that would have seen them progress on the away goals rule.

Belgian side Genk and Israeli outfit Maccabi Haifa’s clash went all the way to penalties — the match having finished 2-2 on aggregate — with Genk prevailing 4-1.

APOEL Nicosia of Cyprus beat Wisla Krakow of Poland 3-1 for a 3-2 aggregate victory.

Thursday’s group-stage draw will feature the 10 play-off winners and the 22 automatic entrants.

One of those teams will be Trabzonspor, who on Wednesday took the place of Turkish league winners Fenerbahce after their rivals were banned due to an ongoing match-fixing probe that has ensnared the Istanbul club. — AFP