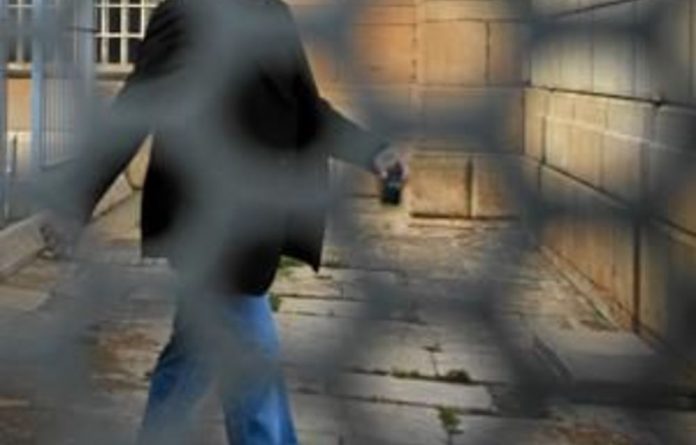 Disputes over the ownership of a company that belonged to the late Cyril Beeka are throwing new light on his relationships, including those with Czech fugitive Radovan Krejcir, controversial security consultant Brad Wood, high-profile company RAM couriers and an ANC-linked security firm.

Beeka was shot and killed earlier this year, allegedly when two men opened fire on his car in Cape Town.

The link with the ANC firm, Zonkizizwe Security Services, suggests that Krejcir — via Beeka — was able to infiltrate the party’s informal intelligence structures.

Beeka, who mixed with gangsters and high-profile ANC figures, was also the national security adviser for the RAM courier group.

RAM Hand-to-Hand Couriers is owned by the Lazarus family and specialises in delivering high-value items such as diamonds.

Both Krejcir and RAM are implicated in funding part of Beeka’s share in the company, with Krejcir reportedly having lodged a claim against Beeka’s estate in connection with Confidential.

Beeka’s widow, Sonja, has, in turn, denied that his share in the company was funded by Krejcir. She claims her husband was financed by RAM, “the company he worked for”.

RAM has described Beeka as a “consultant” and has denied any involvement with Confidential. But this denial is contradicted by several factors, including:

Ahmed told the M&G its questions should be put to the executor of the estate. “RAM has got nothing to do with Confidential Deterrent Systems,” he said.

Attorney Juan Smuts, who is handling the Beeka estate, confirmed that the rifles were being kept at the Zonkizizwe address. He said they were being held by Ahmed on behalf of a company called Avanti Security.

But Lazarus said: “We have no idea of who Avanti is and have had no dealings with this entity.”

Avanti is apparently an offshoot of Red Security, a company owned by Beeka’s brother, Edward. Company registration records show that Ahmed became a director and 51% shareholder of Avanti in 2009.

Ahmed is co-director with Edward in another company, SMG-Services Management Group Holdings.

Smuts told the M&G that Krejcir, at a meeting on May 3, agreed that he would furnish evidence of his interest in Confidential, but had not done so.

Letter of demand
Krejcir had also not lodged any claims against the deceased estate, he said, although he had received a letter of demand relating to the repayment of R2-million against an entity called SMG Business Development and Training Consultants.

Ahmed is also registered as a director of CIS-Continental Integrated Services, a company that was planning to go into business with Krejcir and Beeka to buy a share in a gold refinery, Pan African Refineries, that is co-owned by Juan Meyer.

Meyer was the first to blow the whistle on links between Krejcir and Beeka. He is facing charges relating to a R10-million gold shipment that was seized in a joint operation by the Hawks and the South African Revenue Service in May last year.

Meyer’s name also appeared on the alleged hit list discovered in Krejcir’s home during a Hawks raid earlier this year.

On August 25, another Krejcir associate, Djordje Mihaljevic, appeared in the Roodepoort Magistrate’s Court on criminal charges relating to the misrepresentation of his VAT receipts. It is understood that the charges relate to allegedly fraudulent invoices he issued to Pan African Refineries.

Mihaljevic denies the charges but told the M&G he would not comment. He did not plead and the case was postponed to October 21. He was released on R10 000 bail.

Anti-piracy
Krejcir was quoted in the New Age newspaper as saying that he had bought Confidential for his son, Denis. But a source close to Beeka told the M&G that Krejcir might want to lay claim to Confidential and the weapons because of an anti-piracy maritime contract Beeka was close to finalising for the company before he was killed. The contract was allegedly worth millions of dollars and entailed Confidential escorting and protecting cargo ships headed to South Africa, the source said.