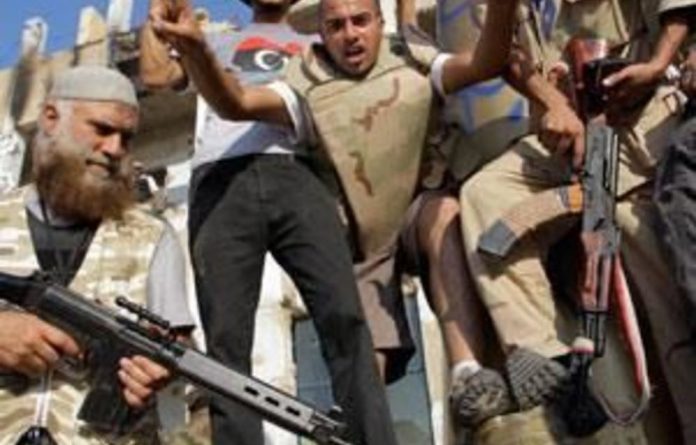 The African Union could recognise rebels who ousted Muammar Gaddafi as Libya’s legitimate government as early as Friday, although the AU may also want some from Gaddafi’s side involved in a transition, a senior South African government source said.

AU backing of Libya’s National Transitional Council (NTC), which has declared itself the sole legitimate representative of the Libyan people, would bolster a group already recognised by more than 40 countries as the governing body of Libya.

“There is a strong likelihood that the African Union will recognise the NTC today but call for inclusion of the Gaddafi regime in the interim transitional government,” the South African government source says.

The AU’s Peace and Security Council was due to meet in Ethiopia on Friday to discuss Libya. Gaddafi was one of the main driving forces behind the creation of the AU, which consists of 54 African countries.

“The reality is that the AU cannot ignore the NTC as a major player in Libya today and its stance will have to recognise that,” the source, who asked not to be named, told Reuters.

The AU has proposed a road map for a change in leadership in Libya that has been mostly overlooked by Western powers — a snub that analysts said has angered many African states with long ties to Gaddafi.

Libyan rebels announced a move to govern the country from Tripoli as they battled pockets of loyalists in their hunt for fugitive strongman Gaddafi, who taunted them from his hiding place.

Western powers have demanded Gaddafi’s surrender and worked to help the opposition start developing the trappings of government and bureaucracy lacking in the oil-rich state after 42 years of an eccentric personality cult.

The United States and South Africa have struck a deal to allow the release of $1.5-billion in frozen funds for humanitarian aid and other civilian needs, UN diplomats said.

Zimbabwe, one of the few states strongly in Gaddafi’s camp and seen as a possible asylum destination for him, threatened on Friday to deport the Libyan ambassador in Harare after he declared his support for the NTC.

AU ‘undermined’
SA voted in favour of UN Security Council resolution 1973 to protect civilians in Libya, but the move proved divisive at home. Government ministers have said they regretted the move when they saw Nato’s intervention go beyond a no-fly zone.

“Those who have the power to bomb other countries have undermined the AU’s efforts and initiatives to handle the situation in Libya,” said Zuma.

“The situation in Libya has been of concern as it has been accompanied by the undermining of the African continent’s role in finding a solution. We could have avoided a lot of loss of life in Libya,” he said.

Zuma said powerful nations had abused the Security Council resolution “to further interests other than to protect civilians and assist the Libyan people”.

Domestic hostility towards Zuma for supporting the UN resolution has been led by the African National Congress Youth League.

Some ANC members feel residual loyalty to Gaddafi for his support during the struggle against apartheid. Former president Nelson Mandela was once quoted as saying: “Those who feel irritated by our friendship with President Gaddafi can go jump in the pool.” – Reuters, AFP, Staff reporters