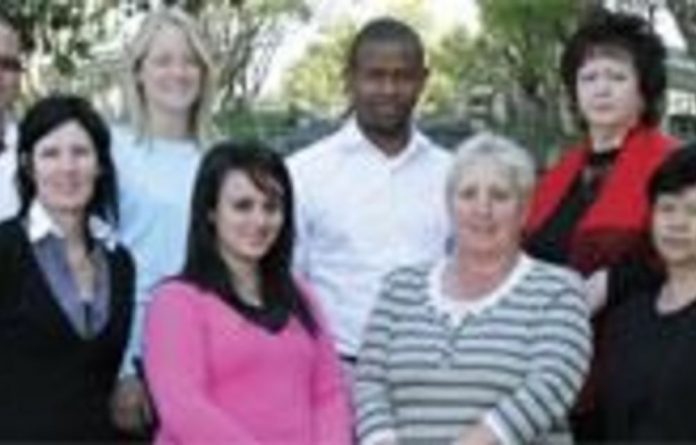 South Africa is a nation of diversity, with over 50-million people and a wide variety of cultures, languages and religious beliefs. Diversity is a challenge everyone in the country faces. However, diversity is not an exclusively South African challenge.

On 18 August 2011, US President Obama issued an executive order for government agencies to develop plans to improve federal workforce diversity. It marks the highest-profile response to a problem that has been on the administration’s radar: Whites still hold more than 81 percent of senior pay-level positions in the US administration. In doing so, Obama has highlighted a challenge faced by business and government alike: diversity in the workplace.

People issue
According to Cornell University’s School of Industrial and Labor Relations (ILR), “Workplace diversity is a people issue, focused on the differences and similarities that people bring to an organization. It is usually defined broadly to include dimensions beyond those specified legally in equal opportunity and affirmative action non-discrimination statutes.”

“As a concept, diversity is considered to be inclusive of everyone. In many ways, diversity initiatives complement non-discrimination compliance programs by creating the workplace environment and organizational culture for making differences work. Diversity is about learning from others who are not the same, about dignity and respect for all, and about creating workplace environments and practices that encourage learning from others and capture the advantage of diverse perspectives.”

Business case
The business case for diversity states that a company that employs a diverse workforce is better able to understand the demographics of the marketplace it serves. Thus it is better equipped to thrive in that market- place than a company with a more limited range of employee demographics. The corollary is that a diverse workforce can also improve employee satisfaction, productivity, and retention.

Janine Hicks, a commissioner at the Commission for Gender Equality says in an opinion piece on the commission’s web- site, “Interestingly, from a corporate bottom line perspective, studies connecting corporate performance and gender diversity demonstrate that companies with a higher representation of women in senior management positions financially out-perform those with proportionately fewer women at the top — suggesting a business case for diversity. There is hard data to support the link between gender diversity and corporate performance — companies that understand the competitive advantage of gender diversity are smart enough to leverage that diversity. The point is not that women make a company more money, but a pattern of best practices, including female leader- ship, does.”

Sustainability
“Siemens is about creating a sustainable legacy, and not merely meeting requirements. We aim for effective development and engagement of our talent across all areas. Staying relevant to the Siemens community ensures talent retention and growth. We strive to create a culture that thrives on, and celebrates skills sharing and knowledge transfer, growth, development and support of others.

We also work hard to create the “Siemens Way” that our workforce can identify with and pay it forward by excelling at what they do, finding innovative ways to do better and being responsible corporate citizens. We want to understand our customers’ requirements from a product and service perspective and create internal synergies to achieve sustainable customer relationships. We believe in applying Diversity as a business enabler to create a competitive edge. Siemens supports emerging suppliers to ensure their growth and sustainability. We also maintain an inclusive relationship with our suppliers with the aim of providing the best service to our customers.”

Working together
Pheagane Mawasha, head of marketing and communications at Joburg Market says the Joburg Market owes its success in the main to management’s ability to encourage a good work relationship and a sense of belonging among diverse workforce. “The executive and management committees comprise members from the Black community, Afrikaner community, the Portuguese community and previously side-lined females, who all are working together as a team to enhance the performance of various Joburg Market business units with their understanding of conditions from their various communities and background.”

Monitor and manage
The company has developed employment equity targets and ensures that they are a point of reference when filling vacancies and by making sure all committees in the organisations are as diverse as possible, Mawasha says. Ongoing monitoring and committed leadership from management helps ensure the success of these plans. “We believe that people make companies — companies do not make people. We therefore accord our internal and external stakeholders the attention and respect that they deserve,” Eddey says.

Gender diversity
Janine Hicks, a commissioner at the Commission for Gender Equality, says in an opinion piece on the com- mission’s website, “Unfortunately, South African businesses are performing dismally with regard to gender transformation, as recent Employment Equity Commission, Businesswomen’s Association and Business Union South Africa survey findings show. These reveal that women are more represented in administrative as opposed to decision-making functions.”

This is borne out by the following BWA 2010 statistics:

Race and income
The annual mid-year estimates from Statistics South Africa show that Africans are in the majority at 40.2-million, making up 79.5% of the total population. The white population and the coloured population are both estimated at 4.5-mil- lion (9.0%) and the Indian/Asian population at 1.3-million (2.5%). Per capita income can be an indication of the racial diversity of a country. White per capita personal income in South Africa is nearly eight times higher than that of Africans, says the South African Institute of Race Relations.

Ms Lucy Holborn of the research department at the Institute said, ‘While average incomes still reflect the disparities between race groups that existed during apartheid and before, we are beginning to see a narrowing of these differences.”– Sources: www.sairr.org.za;www.cge.org.za