Jazzing up the Market Theatre 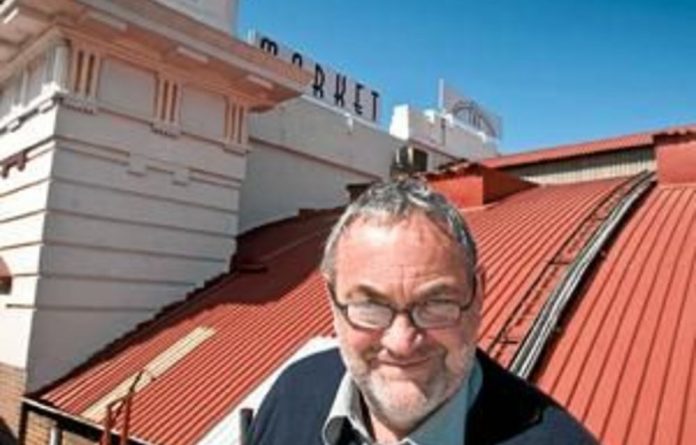 The Market Theatre complex is being given a makeover, a renovation, a renewal.

You could view it as “gentrification” and you might think that the Market’s artistic director, Malcolm Purkey, would be outraged. Far from it. Purkey is sanguine about the developments, excited even.

“I have no problem with animating Newtown in this way. We need restaurants, bars and music venues,” he says, as he ponders the proposed shopping mall at the back of Museum Africa. “The Market Theatre, one can only imagine, will benefit [as we are] the anchor tenant.”

The plan is to retain the façades of the cluster of buildings opposite the theatre and convert the space behind them into offices and shops.

The repaving of Mary Fitzgerald Square is complete and temporary structures are taking shape for this week’s Standard Bank Joy of Jazz festival. Perhaps this is the cue to talk about the lack of permanent jazz venues in the area; indeed, in the whole of Jo’burg. “We would love to have a jazz club in Newtown, but no one can make it work,” says Purkey. “Artists have become professionals and require the fees they can get if they play at venues such as Montecasino.”

A venue for change
The Market Theatre has been used as a venue for Joy of Jazz in the past, but this year the organisers overlooked it. Purkey doesn’t want to speculate why, preferring to say: “We would be delighted to have them, but they have a different business plan.”

The M&G Literary Festival, though, will be hosted by the Market Theatre and Purkey says he is “delighted to welcome it back” to its previous venue. The Weekly Mail Book Fair was held at the Market in the 1980s, when apartheid’s stranglehold on society was at its most vicious.

“Acts of criticism are acts of nation-building, but the state has to be sophisticated enough to recognise that. [It seems] the state is over-anxious about information and its­ ­dissemination.”

The Market Theatre has been an incubator of some of the nation’s most exciting writing and directing talent. “We are committed to excellence, to good writing, but one of my principles is a dedication to imperfection,” says Purkey. “If we were committed only to perfection, chances are we would hardly put out a play. This is a process. We are looking for new writing, new voices, new ways of expressing ourselves,” he says.

Diverse views and voices
When I ask for his list of notable writers and directors, he qualifies his response by pointing out that “writing is a lived art. You must have lived first before you can write — while directors can emerge at a young age.”

He then mentions people and ­productions such as Princess Mhlongo (the director of So What’s New?); Ten Bush, co-written by Craig Higginson and Mncedisi Shabangu; and ­director James Ngcobo (Songs of Migration, The Lion and the Jewel).

“Learn South African” used to be a tagline in the Market Theatre’s commercials. This year’s catalogue seems to bear that out. It has hosted productions and shows as diverse as Songs of ­Migration (Hugh Masekela and Ngcobo); So What’s New? (written by Fatima Dike and directed by Mhlongo); The Coolie Odyssey (written and directed by Rajesh Gopie); Play Me (written by Monde Mayephu and directed by Mpho J Molepho); and The Table (directed by Sylvaine Strike).

Growing the audience
Purkey has presided over the theatre’s growth in audience numbers. “If you serve the majority stories they want to hear about their lives, fresh and unusual, they will come,” he says, pointing to the growth in black ­theatre-goers.

Our conversation meanders back to jazz. “If the department of arts and culture gave us R100-million, we’d put up a venue tomorrow,” Purkey says. He points forlornly to jazz venue Kippie’s and says it can’t make itself viable.

Kippie’s will, however, host a number of panel sessions during the M&G Literary Festival. And it will resound to the music of Ingrid de Kok’s and Denis Hirson’s poetry in a session introduced by fellow poet Antjie Krog.

Many companies in the arts and culture sector are offering virtual tours of their spaces in the wake of the coronavirus pandemic. But artists are missing the personal engagement with their audience
Read more
Friday

For good vibes and an arts fix, don't miss this
Read more
Friday

For good vibes and an arts fix, don't miss this
Read more
Advertising