Vendors give franchise a lesson 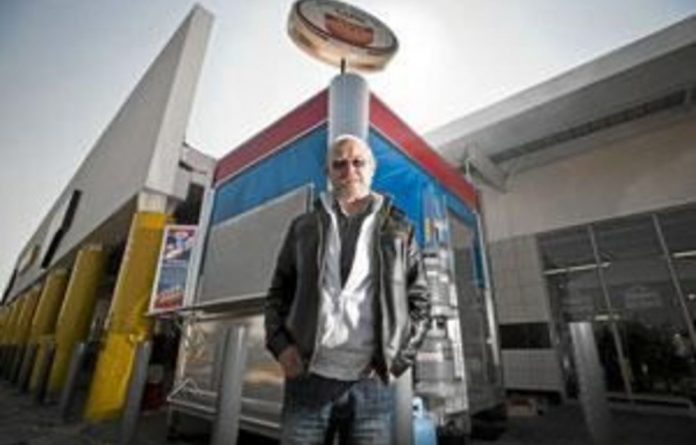 Enterprise development is meant to create sustainable businesses that create jobs and grow the economy but it is not always as effective as it should be. But Hot Dog Café is effecting real change and taking it one cart at a time.

“The difference [is that] we put our money where our mouth is. We’re not paying lip service to it. The franchisee’s success is our success,” said managing director Derek Smith. “Very few people are going to provide that kind of financial backing for black empowerment at entry level.”

Young entrepreneurs faced a daunting challenge when it came to financing but Hot Dog Café had found the answer. “Development banks are a diamond for this kind of funding,” he said.

The company franchises carts, e-diners and Coffee Stops at Mass­mart and BP outlets. It has a 100% loan repayment history and runs 140 outlets employing up to 500 people. The company started with one cart in 1998 and was an instant success.

With no expertise in retail the original owners began to franchise the concept but some shops were opened at unsuitable premises and began to absorb a great deal of company money.

In 2001 Smith was asked to take over. “The guys were earning a basic salary and operating in far-off locations, often unsupervised. They were unmotivated and the sales were not good.” The business model needed to change and Smith was inspired by street vendors.

“I was driving down towards Menlyn [shopping centre in Pretoria] and noticed how highly motivated the guys on the street were.” Smith learnt that the vendors would buy their stock each morning for the day’s business. If they didn’t sell, they didn’t eat. That way of operating was adopted by Hot Dog Café.

Franchisees buy their products from the company every day. In this way they learn how to control their cash and costs are built into the price of the product. “Sales took off like a rocket,” Smith said. “People were working long hours and even getting their families involved.”

In 2004, the company entered a funding agreement with the Industrial Development Corporation. But key to that success, Smith said, was that Hot Dog Café stood 50% surety for the loans. The funded carts resulted in a 90% success rate. “It was something completely unheard of in development finance back then.”

Smith later approached Massmart which liked the idea and offered vendors rent-free sites outside Massmart stores. Smith recognised this as a great advantage. “A lot of these empowerment deals fail when you have to pay a 100% loan back and pay commercial rent. It really puts a squeeze on the business.”

Massmart and the National Youth Development Agency (NYDA) also signed on to fund the franchisees to the tune of R6-million. It took the form of a loan repayment and not a grant. Hot Dog Café again signed surety.

Brian Leroni, corporate affairs executive at Massmart, said customer response had been very positive. “In fact, in discussion at the kiosks, customers laden with store purchases frequently report that they had actually visited the store to buy a boerewors roll.”

He said Massmart had a level-three broad-based black economic empowerment contributor status with a score of 75.45%, the highest among listed retailers. The intention, Leroni said, was to to embark on a commercially viable project that would enable unemployed youths to run their own business within an incubator-type environment.

“The franchise concept within the precincts of standalone stores with high foot traffic was, on reflection, an obvious solution.” Smith said that Hot Dog Café was always looking to invest in its best people and to move them up the chain.

Informal trader Sifiso Bophela had been looking for business opportunities before he found the Hot Dog Café. “I had tried countless times to get into franchising but it is so difficult to get financing,” he said.

Bophela began as a cadet in a training programme funded by Umsobomvu (the former NYDA) and became a franchisee of a Coffee Stop, a division of Hot Dog Café, at the Glen Builders Warehouse. “It was the shining example of all our stores,” Smith said.

Bophela will have both a Coffee Stop and a Hot Dog Café at a new Makro in Polokwane and will also be responsible for the staff canteen.

Thembisa resident Ivy Fasa was earning little more than R500 a month as a waitress. But after she was introduced to Hot Dog Café, she opened a cart that became so lucrative that she was able to build a house for her mother, support her younger brothers and put her sister through university.

Fasa has since bought a mini e-diner with a loan from the Old Mutual Masisizane fund, which provides financing for previously disadvantaged women at preferential rates, in some cases up to prime less 5%.

Top-performing franchisees, besides a R6 000 a month salary, can earn up to R40 000 a month. But all profit goes on capital repayment. Loans are paid off in five years or less.

Stieneke Samuel, head of the NYDA enterprise finance unit, said Hot Dog Café’s repayment record had been excellent and businesses established through the initiative were sustainable. Since inception, the enterprise development fund, in partnership with Massmart, has created 44 youth-owned businesses in four provinces and created 128 jobs.

“The young entrepreneurs have been provided with training and mentorship, in addition to the finance provided for capitalising the business,” Samuel said. “To date, the fund is fully invested to the tune of R6.5-million, of which 47% has benefited young women.”

Applicants are screened and those selected are given business training. A final selection is based on performance. Successful beneficiaries receive in-store coaching and mentorship. The company is planning to launch combined coffee and hot-dog kiosks at Ster-Kinekor cinemas and Builders Express outlets.

With legal challenges to his medical parole looming, the former president’s lawyers opted to first argue for the removal of the prosecutor

With legal challenges to his medical parole looming, the former president’s lawyers opted to first argue for the removal of the prosecutor
Environment

President Cyril Ramaphosa welcomed the investment, noting that it ‘is a leapfrog to cutting edge technology’
Advertising