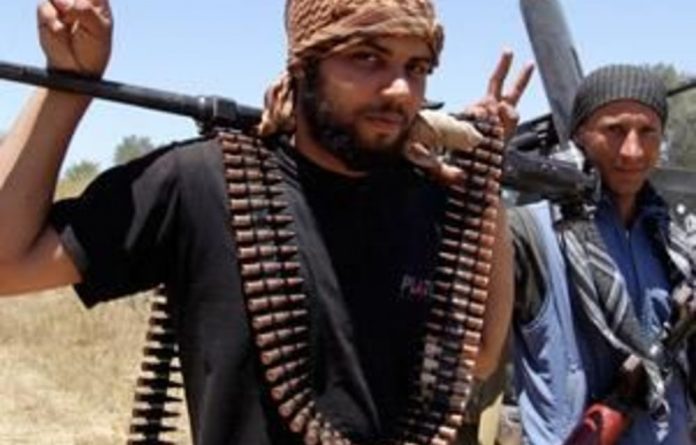 Libyan rebels were facing a new battle on Saturday by struggling to provide Tripoli’s residents with water, electricity, petrol and food, amid power failures and with much of the capital’s water cut.

Mountains of rubbish have piled up on the sweltering city’s streets since rebels entered the capital over a week ago, battling Muammar Gaddafi’s forces until they stormed his compound on Tuesday and then mopping up after that.

Electricity is out for several hours a day, many districts have no water and others only have undrinkable ground water. The price of food and petrol has skyrocketed when it can even be found.

A litre of petrol that used to cost $0.12 cents now costs around $2.47. Petrol can only be bought on the black market from those who stocked up before the conflict reached Tripoli.

The price of milk has gone from one dinar a litre to 2.50 dinars.

“When the revolution started in February, Gaddafi doubled many salaries to try to show that he is good. If you made 300 dinars, you got 600,” Tripoli resident Abdel Rahman Hamza told Agence France-Presse. “But it’s not enough.”

Escape route blocked
Rebels have captured the Ras Jdir border post on the frontier with Tunisia, which it was feared Gaddafi might use to escape but it is also a potentially vital gateway to resupplying the capital.

However, they still need to capture Zuwarah, 90km west of the capital, to fully free-up the coastal highway to Tripoli.

The situation is all the more acute because Muslims will end the fasting month of Ramadan with the feast of Eid al-Fitr on Monday or Tuesday, traditionally a time of heavy consumption and the giving of gifts such as clothes.

Some shops outside the centre have reopened, but it is not clear how they can be resupplied.

Mohammed Ben Ras Ali, a member of the stabilisation team that has been working under Infrastructure Minister Ali Jihani with the European Union and United States for post-Gaddafi scenarios, nevertheless remained upbeat.

“Everything turned out better than we expected,” he told AFP. “Water is a major concern, it is our number-one priority. We have 32 ships waiting to enter with water, medical supplies and fuel.”

“Reports on the ground suggest that the water supply to the capital and surrounding region may be in danger — putting several million people, or more, at risk,” he said on Friday.

Water shortages
Rebels denied that Gaddafi had cut off Tripoli’s water supply, which arrives from the southern deserts, despite shortages including at the main hospital.

“The water has not been cut off,” National Transitional Council spokesperson Mahmud Shammam told AFP. “We have enough supplies of drinking water; we have some technical problems but we are addressing the situation.”

Many residents have complained that their water has been cut off since the capital fell to rebels while rumours are rife that Gaddafi has poisoned the water in the city of around two million.

The morgue at Tripoli’s main hospital also has no water, an AFP correspondent said, with workers there struggling to clean up the blood from those killed in days of fighting in the capital.

A worker at the morgue told AFP that Gaddafi had cut off the water supply from desert ground water at Jebel Hasuna, around 700km to the south of Tripoli, through the so-called Great Manmade River Project.

An engineer at the Corinthia Hotel, where many foreign journalists are staying since the capital fell, said that “Tripoli has no water”.

“We have a reservoir; it’s very big but we don’t know how long it will last. Hopefully until they decide to open the supply again,” he said, asking not to be named. — AFP