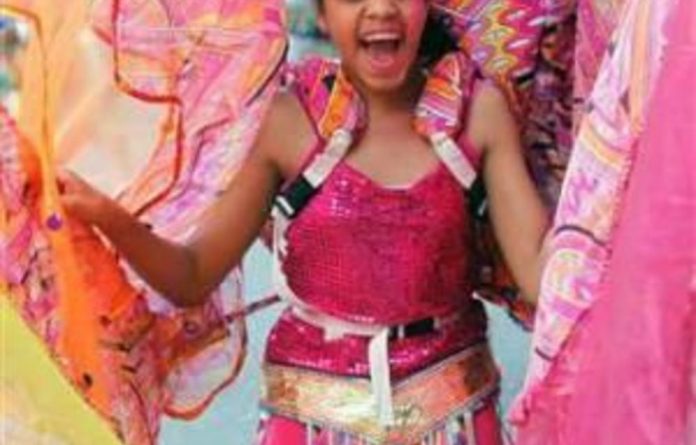 Revellers packed London streets on Sunday for one of Europe’s biggest street parties with record numbers of police on duty to make sure there was no repetition of riots that scarred the British capital three weeks ago.

The Notting Hill carnival, an annual two-day celebration of Caribbean culture that usually draws about one million people, got under way in a relaxed atmosphere in West London.

The festival carries more than usual significance this year because it is the biggest event in London since riots flared in the capital on August 6, spreading to other major English cities.

Reflecting nerves after Britain’s worst violence in decades, some businesses and homeowners boarded up their properties.

Ahmed Said (25) who sells Palestinian food from his Maramia Cafe, was determined to open for business.

“We are open and there won’t be any trouble. I feel it in my heart and from the people 100%. It’s a beautiful day and everyone is smiling,” he said.

“In any case, we’ve got a lot of support from the police.”

On the opening “children’s day”, crowds lined the streets to watch a procession of trucks carrying children with painted faces, wearing flamboyant costumes and multi-coloured wigs, some waving Jamaican flags or blowing whistles.

The police kept a relatively low profile, patrolling in pairs or on bicycles, but thousands of officers are available in case of trouble.

Police say 5 500 officers will be on duty on Sunday and 6 500 on the Monday, a public holiday, when the main parade takes place — an increase of 500 per day on previous years. Another 4 000 police will be on standby.

Louisa Davis (82) a long-time resident of the area who has been coming to the carnival since 1965, said she was not too happy the carnival had gone ahead this year.

“It’s children’s day today so that’s OK, but tomorrow is for the grown-ups, so there might be trouble … and it’s not people from round here that cause it normally, it’s people from outside. Let’s hope not,” she said.

Gamza Savas (27) from Istanbul, on holiday in London with her husband, admitted to nerves beforehand due to the riots.

“But our friends here told us it would be OK and would make everything better. It’s important for London to have it because it will make the people feel happier about themselves,” she said.

Riots
The riots, which broke out when a protest over the police shooting of a suspect turned violent, badly jolted London’s reputation, raising questions over the police’s ability to keep order at next year’s London Olympics.

The capital’s police have made 2 000 arrests after the disorder that saw hooded rioters looting businesses, setting buildings alight and fighting pitched battles with officers.

The carnival takes place in the fashionable, and in places affluent, area of west London portrayed in the film Notting Hill, starring Hugh Grant and Julia Roberts.

In the past, the event has been marred by shootings, stabbings, drug-dealing and high numbers of arrests, although it has been largely peaceful in recent years.

Inspired by Trinidad’s carnival, the Notting Hill event was first held in London in 1964 and has grown into one of the world’s biggest, generating tens of millions of pounds for London’s economy. — Reuters

President Donald Trump's historic impeachment trial begins in earnest on Tuesday in the Senate, with Democrats calling for his removal from...
Read more
Analysis