What made Steve Jobs a giant? 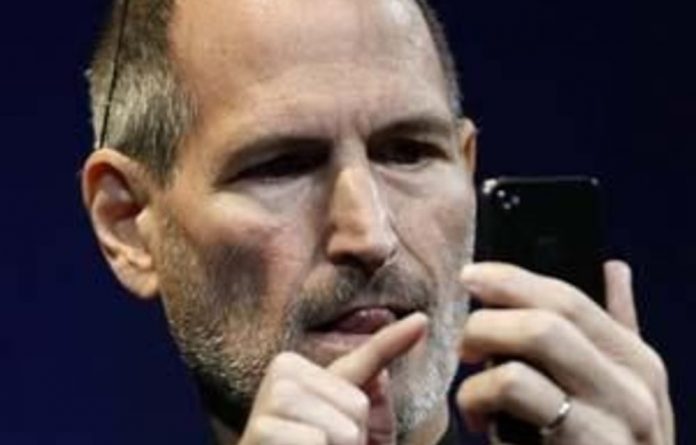 Steve Jobs’s resignation was the most discussed in corporate history. Because his illness has been public knowledge for so long, and because Wall Street and the commentariat viewed his health as being synonymous with that of his company, for years Apple share prices have fluctuated with its CEO’s temperature. If all the “Whither Apple without Jobs?” articles were laid end to end, they would cover quite a distance — but they never reached a conclusion.

Still, you could understand the hysteria. After all, he’s the man who rescued Apple from the near-death experience it underwent in the mid-1990s. When he came back in 1996, the company seemed headed for oblivion. Granted, it was a distinctive, quirky outfit, but one that had been run into the ground by mediocre executives who had no vision, no strategy — and no operating system to power its products into the future.

Jobs came back because Apple bought NeXT, the computer workstation company he had started after being ousted by the Apple board in 1985. By acquiring NeXT, Apple got two things: the operating system that became OS X, the software that underpinned everything Apple has made since; and Jobs as “interim CEO” at a salary of $1 a year. But it was still a corporate minnow: a BMW to Microsoft’s Ford. Fifteen years later, Apple had become the most valuable company in the world.

Reality distortion field
It was the greatest comeback since Lazarus. Because only an obsessive, authoritarian, visionary genius could have achieved such a transformation, it’s easy to see why Wall Street has had difficulty imagining Apple without Jobs. He was, after all, the only CEO in the world with rock star status. And Apple is a corporate extension of his remarkable personality, much as Microsoft was of Bill Gates’s. But Jobs has something Gates never had — a reputation so powerful as to create a reality distortion field around him.

This field has blinded people to some under-appreciated facts. While it is true, for example, that Apple — under Jobs’s influence — is probably the world’s best industrial design outfit, it is also a phenomenally well-run company. Proof of that comes from various sources. For example, not only does it regularly dream up beautiful, functional and fantastically complex products, but it gets them to market in working order, on time and to budget; and it has continually done so despite exploding demand. Compare that with slow-motion car crashes such as Hewlett Packard’s Touchpad, RIM’s BlackBerry Playbook or Microsoft’s Vista operating system.

Then there’s the way that Apple — in the teeth of industry scepticism — made such an astonishing success of bricks-and-mortar retailing with its high-street stores. Or ponder the fact that it became the world’s most valuable corporation without incurring a single cent of debt. Instead, it sits atop a $78-billion cash mountain: enough to buy Tesco and BT and still have loose change. Compare that with the casino capitalism practised by so many MBA-educated company leaders in the US. And finally there is the stranglehold Apple now has on a number of crucial modern markets — computers, online music, mobile devices and smartphones.

If you ask people what Steve Jobs is best remembered for, most will name a particular product. If they’re from my (baby boomer) generation, it will probably be the Apple Macintosh, a computer that changed many of our lives in the 1980s. Younger generations will credit him with the iMac, iTunes and the iPod. Today’s teenagers will revere him for the iPhone. But there’s a good argument that Jobs’s greatest creation is Apple itself in its post-1996 incarnation. If that’s true, the great test of his career legacy is whether the organisation he built around his values will endure and remain faithful to them.

What are those values? He usually expressed them as aphorisms and, as news of his resignation spread, people began raking through them for clues. Many focused on what he said to John Sculley, CEO of Pepsi, when he was trying to persuade him to run Apple.

“Do you want to spend the rest of your life selling sugar water,” he asked, “or do you want to change the world?” (Sculley accepted the invitation, then presided over Jobs’s expulsion.) But for Jobs it was a serious question. What he was asking, as the blogger Umair Haque put it, was: “Do you really want to spend your days slaving over work that fails to inspire, on stuff that fails to count, for reasons that fail to touch the soul of anyone?”

Design metaphors
Jobs is famously fanatical about design. In part this is about how things look (though for him it also involves simplicity of use). When the rest of the industry was building computers as grey, rectangular metal boxes, for example, he was prowling department stores and streets looking for design metaphors. For a time he thought the Mac should be like a Porsche. At another stage he wanted it to be like the Cuisinart food-processor. When the machine finally appeared in 1984, Jack Tramiel, the grizzled macho-boss of Commodore, thought it looked like a girly device that would be best sold in boutiques. What Tramiel did not realise — and Jobs did — was that ultimately computers would be consumer products and people would pay a huge premium for classy design.

In that sense he is the polar opposite of the MBA-trained, bean-counting executive. “The cure for Apple is not cost-cutting,” he said in 1996, when the company was on the rocks. “The cure for Apple is to innovate its way out of its current predicament.” At another point he said: “When you’re a carpenter making a beautiful chest of drawers, you’re not going to use a piece of plywood on the back, even though it faces the wall and nobody will ever see it.”

This delight in elegant work has always been the most striking aspect of Jobs’s celebrated speeches introducing new Apple products in San Francisco. As he cooed over the iMac or the iPhone or the iPad, words like “beautiful”, “amazing” and “awesome” tumbled out. For once they didn’t sound like cynical, manipulative corporation-speak. He spoke from the heart.

It goes without saying that he is impossible to work with; most geniuses are. Yet he has built — and retained the respect of — the most remarkable design team in living memory, a group that has been responsible for more innovation than the rest of the computer industry put together. For that reason, when the time comes to sum up Jobs’s achievements, most will portray him as a seminal figure in the computing industry. But Jobs is bigger than that.

To understand why, you have to look at the major communications industries of the 20th century — the telephone, radio and movies. As Tim Wu chronicles it in his remarkable book, The Master Switch, each of these industries started out as an open, irrationally exuberant, chaotic muddle of incompatible standards, crummy technology and chancers. The pivotal moment in the evolution of each industry came when a charismatic entrepreneur arrived to offer consumers better quality, higher production values and greater ease of use.

With the telephone it was Theodore Vail of AT&T, offering a unified nationwide network and a guarantee that when you picked up the phone you always got a dial tone. With radio it was David Sarnoff, who founded RCA. With movies it was Adolph Zukor, who created the Hollywood studio system.

Using a computer should be delightful
Jobs is from the same mould. He believes that using a computer should be delightful, not painful; that it should be easy to seamlessly transfer music from a CD on to a hard drive and thence to an elegant portable player; that cellphones should be powerful handheld computers that happen to make voice calls; and that a tablet computer is the device that is ushering us into a post-PC world. He has offered consumers a better proposition than the rest of the industry could — and they jumped at it. That’s how he built Apple into the world’s most valuable company. And it’s why he is really the last of the media moguls. – guardian.co.uk