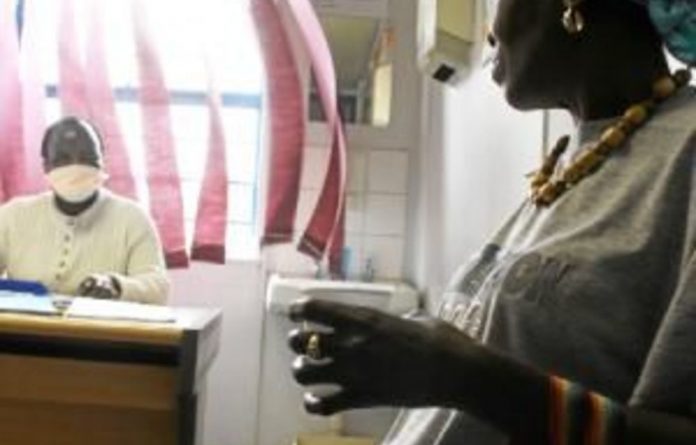 For many South Africans, living in a country with an extremely high HIV infection rate, Aids is a major concern. And, although many are now considerably better informed about the virus than before, several myths about Aids persist.

No one knows this better than Dr Sindisiwe van Zyl, of the Anova Health Institute in Johannesburg. She explained these “mistaken beliefs”.

Myth 1: Aids kills
People don’t die of Aids. Aids is a collective name for a number for Aids-related illnesses, or opportunistic infections, that people with HIV get as a result of impaired immune systems. For example, HIV-infected people are particularly susceptible to tuberculosis (TB), pneumonia and cancer. Of these, the most common in South Africa is TB — 30% to 50% of HIV-infected people die of it. However, with antiretroviral drugs (ARVs), people with the virus can live long, healthy lives. A recent international study conducted in Uganda showed that HIV-infected people on ARVs now live almost as long as those who are HIV-negative.

Myth 2: Men more at risk
In fact, women get HIV much more easily than men. A woman has a one-in-200 chance of contracting HIV from a single sexual heterosexual encounter, but a man has a one-in-700 chance.

Biology plays the major role. Semen, which has a high concentration of HIV, is deposited into a woman’s uterus and stays there for at least three days, increasing her chances of infection. Also, the mucous membrane in the area where the penis enters a woman’s body has many CD4 cells, which HIV latches on to, again making her more likely to contract the virus.

When a man has sex, the penis gets micro cuts from friction, which is generally how HIV enters a male’s body. The foreskin has millions of CD4 receptors, the type of white blood cells that HIV latches on to.

Myth 5: ARVs disfigure you
Today this rarely happens. In the past, some ARVs displaced fat in people’s bodies. One such drug, D4T, also known as Stavudine, was on the South African list for HIV treatment until early last year. It is a cheap drug that works efficiently but has many side effects, such as the loss of fat in the legs, arms and face, resulting in people’s bodies looking “unbalanced”. The state replaced it in April last year with a drug with fewer side effects, TDF.

Others, such as AZT, have also been linked to displacing fat in the body. Some drugs cause fat to show up in the stomach, the back of the neck or the breasts in both men and women. But this almost never happens today as doctors are better equipped to monitor the drugs’ side effects and have a range of replacement drugs to choose from. In extraordinary circumstances of fat displacement, the government offers free liposuction or breast removal surgery.

Myth 6: Pregnancy
HIV-infected women are fertile and can have children. If mothers and their babies use the correct medication, it’s possible for HIV-positive women to have HIV-negative babies.
Without using drugs, there is a 30% chance that HIV-infected women will pass the virus on to their babies in the womb, during birth or by breastfeeding. But if the mother and baby, or even just one of them, use short courses of ARVs, mostly nevirapine and AZT, transmission rates are reduced significantly. This treatment is available for free at government clinics and hospitals.

Myth 7: Breastfeeding
Several studies have shown that HIV-infected mothers can breastfeed safely, even though breast milk contains HIV. But they have to breastfeed exclusively for at least six months. Mixed feeding during the first six months of infants’ lives increases their chances of contracting HIV from their mothers, as babies have a thin lining in their intestines that is damaged by mixed feeding, making it easier for HIV to enter their bodies.

If an HIV-infected mother breastfeeds exclusively for six months and her baby also takes an ARV drug at least four times a day for the entire period of breastfeeding, the chance of a baby being infected with HIV is reduced from 15% to about 4%.

Mia Malan works for the Discovery Centre for Health Journalism at Rhodes University.

Mia Malan
Mia Malan is the founding director and editor of the Bhekisisa Centre for Health Journalism at the Mail & Guardian. She heads up a team of fifteen permanent and freelance staff members. She loves drama, good wine and strong coffee, not necessarily in that order.
Facebook
Twitter
WhatsApp
Linkedin