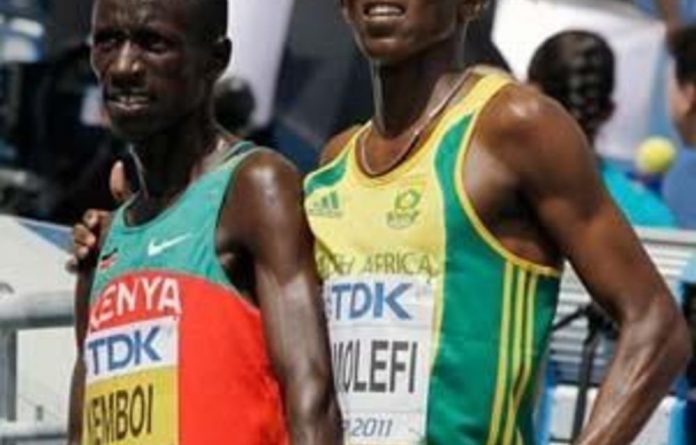 Ramolefi finished second in his heat in 8:11.50, qualifying comfortably for the final, and improved his national best, set a little over a year ago in Monaco, by 0.13 seconds.

Defending champion Ezekiel Kemboi of Kenya was fastest of the qualifiers, holding off the South African to win the heat in 8:10.93.

Ramolefi (33) is the eighth fastest this year of the 15 athletes in Thursday afternoon’s final.

Former national champion Cornel Fredericks and SA record holder LJ van Zyl were both in good form in the heats of the men’s 400m hurdles, qualifying comfortably for Tuesday’s semi-finals.

Fredericks (21) finished second in the fastest of five heats, but was given the same time — 48.52 seconds — as Great Britain’s David Greene.

Van Zyl, the fastest in the world this year, won a tough heat in 48.58 to beat a field which included former Olympic gold medallist Felix Sanchez of the Dominican Republic and defending champion Kerron Clement of the United States.

Wenda Theron, meanwhile, set a personal best in the heats of the women’s 400m hurdles, clocking 56.13 as the 17th fastest of the 24 qualifiers for Tuesday’s semi-finals.

Pistorius is the sixth fastest this year in his heat in the penultimate round. The first two athletes in each of the three semi-finals will progress, as well as the next two fastest finishers. — Sapa