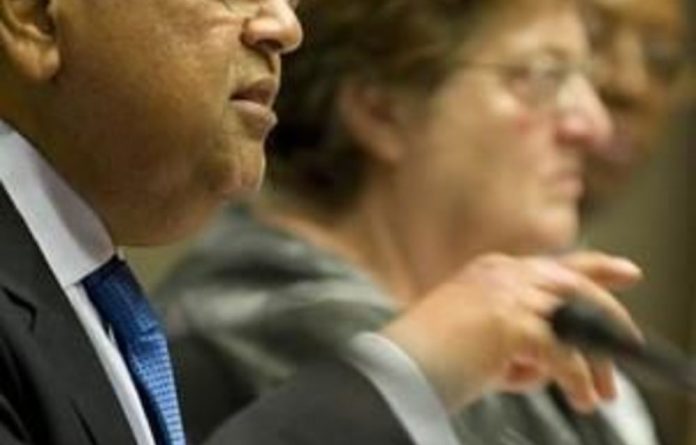 South Africa’s economy grew at its slowest pace in almost two years in the second quarter as the manufacturing and mining sectors slumped after strikes, boosting the case for interest rate cuts while denting the government’s job-creation hopes.

The slowdown will make it even harder for the legions of the country’s unemployed — more than a million have lost their jobs since 2009 — to find work, likely keeping the unemployment rate above 25% and fuelling social tensions in Africa’s biggest economy.

Unrest surfaced again on Tuesday when a demonstration in support of outspoken African National Congress youth leader Julius Malema — a figurehead for many of the poor and out of work — turned violent outside ANC headquarters in Johannesburg.

Statistics South Africa said on Tuesday GDP growth slowed to 1.3% in the second quarter, its lowest rate since the third quarter of 2009 when the economy came out of its first recession in almost two decades.

That compared with forecasts of 1.6% from analysts in a Reuters poll and with a 4.5% expansion in the previous three months.

Finance Minister Pravin Gordhan said the GDP figue was disappointing, but hopefully the economy could still grow by more than 3%.

The treasury’s has forecast GDP growth of 3.4% this year and will release revised forecasts in October.

GDP growth in the second quarter slowed as manufacturing and mining contracted 7.0% and 4.2% respectively, a reflection of strikes called in protest at poor pay and conditions that hit production in the period.

Jobs challenge
More than 17 years after the end of apartheid, millions of South Africans continue to live in poverty, and high jobless rates are entrenched.

Finance Minister Pravin Gordhan set aside R20-billion for a job-creation fund in February, but to make a significant dent in unemployment, the government estimates the economy needs to grow at 7% a year.

Tuesday’s data showed year-on-year growth of just 3.0%, down from 3.5% in the first quarter, leaving the ANC with a mountain to climb to hit its goal of creating five million new jobs by 2020.

“For job creation it certainly is a concern and shows the government will have to come up with new plan,” said Leon Myburgh, sub-Saharan Africa strategist at Citi.

Malema, the outspoken leader of the ANC Youth League who is facing disciplinary proceedings on allegations of sowing discord in party ranks, has called for the mining sector to be nationalised as a means of boosting employment.

But that option is not a realistic one for a government that can ill afford to alienate markets and the foreign investors who own the bulk of the country’s industrial base.

Rate cuts ahead?
South Africa’s Reserve Bank has left its repo rate unchanged at 5.5% this year after reducing it by 650 basis points in the two years to the end of 2010.

Two months ago many analysts were betting rates would rise again this year, but weak manufacturing and retail sales data along with the slowdown in the global economy mean the market is now pricing in the chance of another cut.

Reserve Bank governor Gill Marcus fuelled rate cut expectations last week when she said the bank would act if there was a significant global slump.

“I think this (GDP data) will keep speculation about a possible rate cut going,” Myburgh said.

Government bonds gained sharply after the figures, taking yields to session lows although they later recovered, with one analyst saying the market was inclined to over-react to the growth data.

“The Q2 GDP is old news in a sense, and the high frequency data from here on will matter much more,” said Razia Khan, head of Africa research at Standard Chartered. — Reuters