A moment to dwell on the city 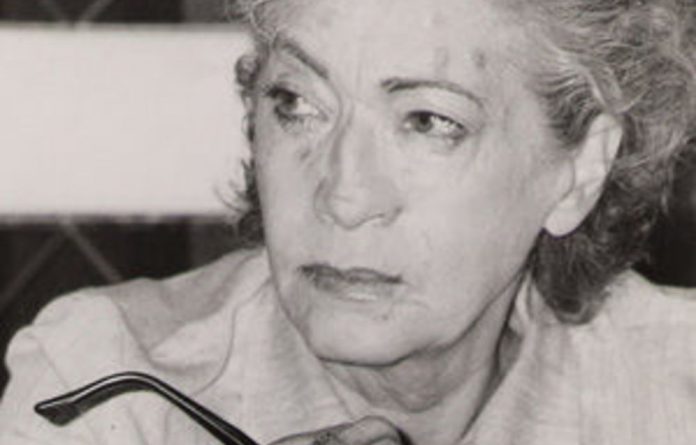 William Kentridge’s seminal short film Johannesburg, 2nd Greatest City after Paris will be screened on the opening evening of the M&G Literary Festival. The film will follow “The Johannesburg Moment”, the festival’s opening address by Professor Karl von Holdt.

The programme for the festival includes veteran anti-apartheid activist Rica Hodgson. The 91-year-old will be alongside fellow freedom fighters Hugh Lewin and Ronnie Kasrils in “Memory Is the Weapon”, about how memoirs reflect the convergence of the personal and the political.

Hodgson’s memoir, Foot Soldier for Freedom: A Life in South Africa’s Liberation Movement (Picador Africa, 2010), will be discussed with Lewin’s Stones against the Mirror (Umuzi, 2011) and The Unlikely Secret Agent (Jacana, 2010, and winner of this year’s Alan Paton Award for non-fiction) by Ronnie Kasrils, based on the life of his late wife, Eleanor.

Hodgson has an enduring bond with Johannesburg. “The Johannesburg that I was born into on 1 July 1920 was not yet four decades old,” her book begins. That long view of Jo’burg — interrupted though it was by a long period in exile in Britain — crops up repeatedly in the book.

It does so most poignantly, perhaps, in the final chapter, “Home at Last”. Recalling her return in November 1990 to the city of her birth, she writes: “As I made my way through Johannesburg for the first time in 27 years, I remembered all the streets in their order, from town through Hillbrow to Berea and then on to Lily’s flat in Parktown —

“It was exciting to be able finally to share my home town with my granddaughter — the sights, sounds and vibes of Jo’burg; some old, some new — We relished the new trendy atmosphere of Yeoville, and I showed her some of the many houses where I had grown up — in Yeoville and Observatory.”

The pages of Foot Soldier for Freedom are filled with struggle icons, and large among the liberation movement’s foot soldiers is Rica’s second husband Jack Hodgson.

Of his death, she writes movingly: “I don’t remember what the last words he ever uttered to me were. I’m sure he said, ‘I love you.’ I’m sure he never would have said anything else.”

Chaired by M&G editor Nic Dawes, “Memory Is the Weapon” will be in the Main Theatre of the Market Theatre on Sunday September 4 from 9.30am to 11am