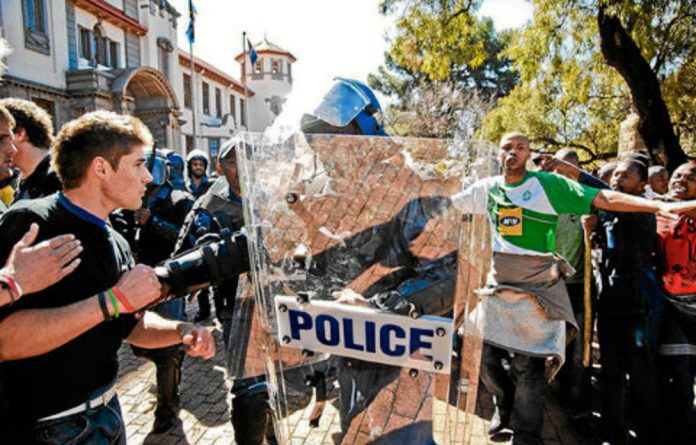 Race-related political hostility shrouded otherwise peaceful student elections this week at the University of Free State (UFS), with the South African Students’ Congress (Sasco) first taking legal action to stop the elections being held and then asking the high court to declare them null and void.

Even before voting started on Monday the South African Human Rights Commission had received a complaint from a student claiming his rights had been violated by the university’s “banning” of political activity on campus.

This week Sasco made the same complaint to the Mail & Guardian, saying it was discouraging students from voting because UFS management’s “banning” of politics from the campus had rendered the elections undemocratic and unconstitutional.

The dispute flared up in August last year, when Sasco disrupted the annual intervarsity competition between UFS and North West University by storming onto the court during a netball match.

North West was “racist” and “not transforming adequately”, Sasco protesters claimed.
UFS’s management obtained an urgent interdict against Sasco that evening, cancelled some of the intervarsity events, suspended the students representative council and de-registered political parties on campus.

“The perception that the UFS has ‘banned’ politics is not true, nor is it possible within a constitutional democracy,” he said on Tuesday, the second and last day of voting.

Human rights commission spokesperson Vincent Moaga confirmed it was investigating the issue. “We’d prefer to comment further only when our proceedings are at a stage when making public our work will not jeopardise the commission’s objectives in engaging with this matter,” Moaga said.

UFS’s dean of students, Rudi Buys, said management had heard reports of people discouraging students from voting. Anyone found guilty of intimidating students or attempting to disrupt the elections could face disciplinary action and prosecution, he said.

On Friday last week Sasco applied to the Free State High Court in Bloemfontein for an urgent interdict against holding the elections, an application rejected by the court at the weekend.

Sasco attorney Steven Mabalane said he would lodge another application this week, this time to get the new student constitution “declared unconstitutional, therefore null and void and these elections also declared null and void”.

Buys said the latest move from Sasco was “better than illegally disrupting campus” and that UFS “welcomed this engagement”.

“We are pleased that students are making use of the proper channels to contest the constitution,” he said.

“Shoved down our throats”
The review of student governance at the campus that began last year was sparked by “continued politically driven racial conflict among our students”, Buys said. Consultation was held with political party branches to agree on a “framework policy for political activity on campus”. But Sasco objected to the isolation of political associations from campus organisations, said UFS branch secretary Thabiso Letsoara. “The framework was shoved down our throats.”

A fourth-year political science student, who wished to remain anonymous, said she didn’t vote in the elections because she felt the students’ right to vote was limited.

“Who will individual candidates be accountable to if they aren’t reporting to an organisation?” she asked.

Accounting honours student Arno Theron said: “I’m with Jansen on not allowing political organisations to get involved in the elections. This is an academic institution. It should be kept that way.”