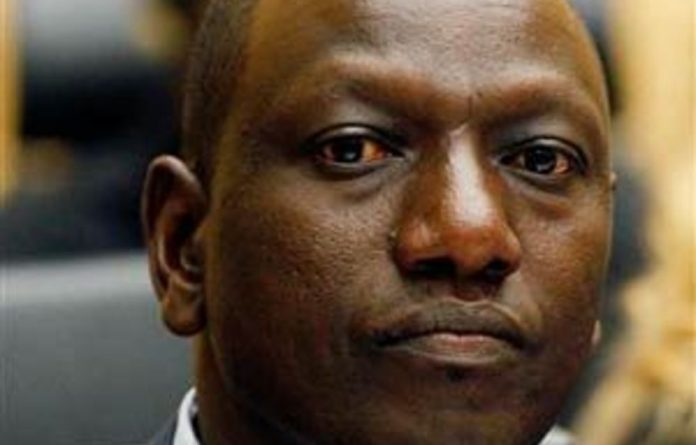 Post-poll violence in Kenya in which over 1 100 people died was not spontaneous but carefully orchestrated by two Kenyan ex-ministers, a prosecutor told the world war crimes court on Friday.

A declaration of victory by President Mwai Kibaki’s ruling party in the disputed 2007 elections was in fact seen by his rivals as a “signal to go to war”, prosecutor Cynthia Thai told the Hague-based International Criminal Court (ICC).

“The violence was not spontaneous, it was because William Ruto and Henry Kosgey created an organisation for gaining power,” she said.

Thai said a network set up by Ruto and Kosgey, supported by radio executive Joshua arap Sang, was based on five components namely political, the media, financial, a system of involving elders and the military.

Ruto and Kosgey were the political heads of their network set up to attack political opponents, while Sang “used the media as a weapon”, to incite these attacks, she said.

Thai said witnesses told how Ruto funded the purchase of mobile phones and weapons and how a tradition of respect for instructions given by elders was abused to get people to join attacks.

“These victims were deliberately selected and targeted,” another prosecutor Lara Renton told the court. “They were murdered,” she said.

Intentions
Judges at the court will rule later on whether there is sufficient evidence to put Ruto (44) Kosgey (64) and Sang (35) on trial for their alleged roles in the 2007/8 violence.

“Their whole intention and purpose was to attack supporters of [Kibaki’s] Party of National Unity” and members of Kenya’s Kikuyu tribe, perceived as PNU supporters, Thai said of the trio.

Once seen as a potential presidential candidate in 2012, ex-higher education minister Ruto, as well as former industrialisation minister Kosgey and Sang are facing charges of crimes against humanity including murder, forcible transfer and persecution.

The three are supporters of opposition candidate, now Prime Minister Raila Odinga’s Orange Democratic Movement (ODM) and are alleged to have targeted Kibaki supporters after the disputed 2007 polls.

The hearings are scheduled to run until September 12.

A second set of hearings will start on September 21 for three other suspects, including Uhuru Kenyatta, son of Kenya’s founding president and the country’s finance minister.

Kenya was plunged into violence after the December 27 2007 general elections in which then opposition chief Odinga accused Kibaki of having rigged his way to re-election.

Prosecutors said 1 133 people were then killed and more than 663 000 displaced in the East African country’s worst outbreak of violence since independence in 1963. — AFP