SA firm ‘helped’ Gaddafi spy on the people of Libya 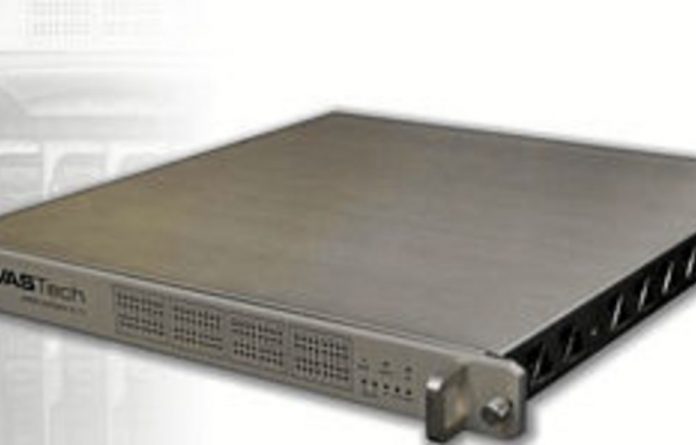 A Stellenbosch engineering firm has been propelled into the limelight as a supplier of spy technology to the Gaddafi dictatorship, which used it to keep tabs on its citizens.

In an exposé of international firms that were assisting the former Libyan regime, The Wall Street Journal this week fingered VASTech SA Pty Ltd, a small South African firm.

It reported that the company had provided the regime with tools to tap and log all international phone calls going in and out of the country, according to emails reviewed by the newspaper and sources familiar with the matter.

The Wall Street Journal visited Libya’s spy centre and the international phone switch where calls leave and enter the country. At the phone switch they were told by people in the know that a separate group of Muammar Gaddafi’s security agents staffed a room equipped with VASTech devices. There they captured roughly 30-million to 40-million minutes of mobile and landline conversations a month and archived them for years, one of the informants said.

VASTech chairman Willem Bar­nard declined to elaborate on the company’s Libyan operations when questioned by the Mail & Guardian this week.

“We are not at liberty to disclose any of the information you asked for as we are bound by non-disclosure agreements by the governments of countries with whom we do business,” Barnard said.

VASTech’s principal business appears to be selling interception technology to governments, primarily for intercepting phone communications on a mass scale, logging them and making them searchable by intelligence agencies.

Fighting crimes
The firm claims that the interception technology is used mainly to fight crimes such as terrorism and weapons smuggling. In a background pamphlet sent by Barnard to the M&G VASTech states that it operates in a niche industry that produces products for government law-enforcement and intelligence agencies.

“These products have the primary goal of reducing specifically cross-border crimes such as child pornography, human trafficking, drug smuggling, weapon smuggling, money laundering, corruption and terrorist activities,” the pamphlet says. “VASTech sells its products only to governments that are recognised by the UN [United Nations] and which are not under sanctions.”

The company says it has a strict rule about not revealing the identity of any of its customers unless it is legally obliged to do so.

The M&G has established that the company was started in 1999 by Frans Dreyer, the brother of Democratic Alliance MP Anchen Dreyer. However, Frans Dreyer was killed in May last year when Afriqiyah Airways flight 771 from Johannesburg to Tripoli crashed, killing 103 people.

In an article on his death Money­web reported that, under Dreyer, VASTech boosted its turnover from R570 a year when it was launched in 1999 to more than R30-million in 2005-2006. The company was also an original supplier of manufacturing equipment to Siemens in Germany, Moneyweb said.

It appears that VASTech sold its flagship Zebra surveillance equipment to Libya. According to a specification written for the Counter Terror Expo, Zebra “captures and stores massive volumes of traffic” and offers filters that agents can use to “access specific communications of interest from mountains of data”.

Zebra also features “link analysis”, the description says, a tool to help agents identify relationships between individuals based on an analysis of their calling patterns.

A powerful instrument, the Zebra was described as having the capacity to store and index as many as 100 000 concurrent calls in a central repository with up to 400-million entries, all in real time.

In 2006 Dreyer said that he believed Zebra was the best technology of its kind in the world.

As early as March this year Libyan rebels were on to VASTech. The February 17 youth movement wrote on Facebook about VASTech’s suspected spy technology and urged Libyan citizens to write to the company about Gaddafi’s atrocities and about how the firm’s technology was being used to clamp down on rebels.

“Your continuous support of Gaddafi by providing him spy services makes you participating in crimes against humanity mentioned in the UN resolution,” the youth movement said.

In an internet forum a South African pilot operating in Libya also commented that VASTech was well known to the rebels.

The iWeek website reported that VASTech had also sold its technology to the South African government in 2005 under a three-year contract for a “recording solution”. Barnard also refused to elaborate on this contract.

The website quoted Dreyer as boasting at the time that its biggest customer for DataVoice products in Africa was Zimbabwe, while Malaysia accounted for most of its revenue outside the continent. He said the company focused on “the less developed world”.

But Barnard vehemently denied this week that the company did business with Zimbabwean President Robert Mugabe’s regime, which is subject to United States and European Union sanctions relating to military material.

“VASTech never did any business with the government of Zimbabwe and will not, for as long as Zimbabwe is subjected to international sanctions,” he said. “The iWeek article from 2007 relating to Zimbabwe referred to DataVoice recorders that were resold to banks and other financial institutions by VASTech and were for a call centre.”