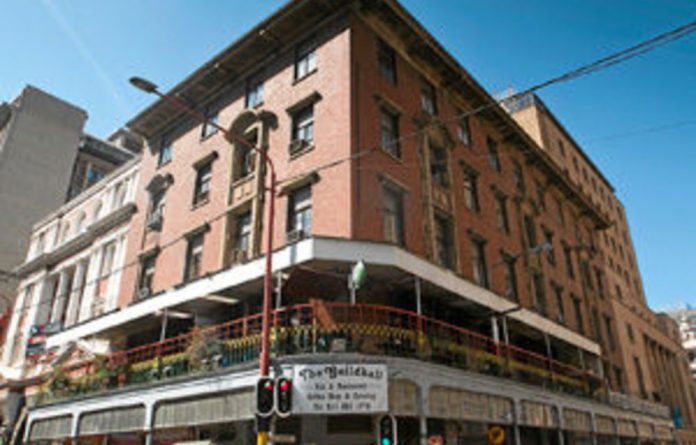 Book Safari has turned out to be a good way to get to know local places through local writers. The availability of books by African writers varies dramatically — francophone African countries tend to have a better selection than anglophone countries, but any selection at all is usually confined to the political or commercial capital.

In general, South Africa hasn’t been a great country for finding African writing but one must never forget that exceptions make the rule.

One of my favourite bookshops in the world has been smack dab in the centre of Johannesburg for decades but most locals don’t seem to know about it. Frank R Thorold started the place some 70 years ago and current owner Robin Fryde, who has had the place since 1962, keeps it going.

Going to Thorold’s is part of the great adventure that is exploring the CBD. What has to be one of the oldest working lifts in Johannesburg takes you to the third floor of the Meischke Building, on 42 Harrison Street, beside the Guildhall, thought to be Johannesburg’s oldest pub. After having a drink there years ago, I noticed Thorold’s Books on the directory in the alcove of the next-door building. I’ve been a regular ever since.

Thorold’s has a great selection of African writers — new editions and out-of-print ones, as well as books on most subjects with an African link.

There’s even a range of antique maps of various parts of the continent.

For the purpose of this book safari, I’ll focus on a South African author whose book I meant to read years ago. I ended up recently at a Cyrildene Chinese restaurant with Hugh Lewin, author of Bandiet, a South African classic. I was very pleased to share a table with Lewin but rather embarrassed that I had not read Bandiet. Thorold’s helped me out.

A political prisoner in the 1960s, Lewin served a full term of seven years in Pretoria. Bandiet is his extremely intimate account of that time. After his release in 1971, the authorities forced him to leave the country and it was from London that he was able to publish the book, which was banned in South Africa.

Catching up
In 2002, Hugh published an updated version, Bandiet — Out of Jail, and that’s the copy I found at Thorold’s. Apart from the integral text of the original version, the more recent edition also contains poetry, anecdotes and updates from events related to Lewin’s time in prison.

If I was in charge of setting required reading texts for South African secondary schools, Bandiet would certainly be on that list.

For South Africans of a certain age, Bandiet fills in a lot of the blanks that were left by the non-reporting of the SABC and the many newspapers that were afraid to report on things political. For young South Africans, it helps to understand that old cliché — freedom isn’t free.

Hen’s teeth
It’s a lot easier finding Spud at the big book chains than it is finding Bandiet. Thorold’s has both.

Bandiet — Out of Jail and the original Bandiet — Seven Years in a South African Prison are not easy to find in South Africa.

Kalahari.net lists them as out of stock and Exclusive Books carries only Lewin’s most recent book, Stones against the Mirror (reviewed recently in the Mail & Guardian). At the time of writing, Thorold’s had only one copy of Bandiet in stock.

The best place to find it these days is at used book- shops. Bandiet — Out of Jail is published by Random House.

A final word on Thorold’s: I suggest an interesting urban midweek break, which I had recently. It was all done on foot in the centre of Johannesburg, starting at the Standard Bank Gallery on the corner of Simmonds and Frederick streets, where the Water the (Delicate) Thread of Life exhibition is worth a visit (it runs until October 1). Walk up Harrison Street to Thorold’s, give yourself no less than half an hour to explore Southern Africa’s best collection of Africana, then walk next door to the Guildhall for a pub lunch.

You will experience history, culture, taste, discovery and enjoyment all within three short city blocks.

David L Smith is director of Okapi Consulting. His day job is setting up radio in zones of conflict. In his spare time he looks for books by local African authors.

Hugh Lewin will be in Session 8 of the M&G Literary Festival.

A problem getting homegrown people to soccer matches: the locals just don’t seem to be interested in African football.
Read more
Africa

CAR: A fighting chance is not enough

NEWS ANALYSIS: The Central African Republic can only succeed if it is given the opportunity to develop, writes David L Smith.
Read more
National

Found: A Somalia we do not know

A newshound gives an astonishing insight into a much-maligned country.
Read more
Friday

The fishy business of piracy

A new book tries to get to the bottom of piracy and put a human face on those involved.
Read more
National