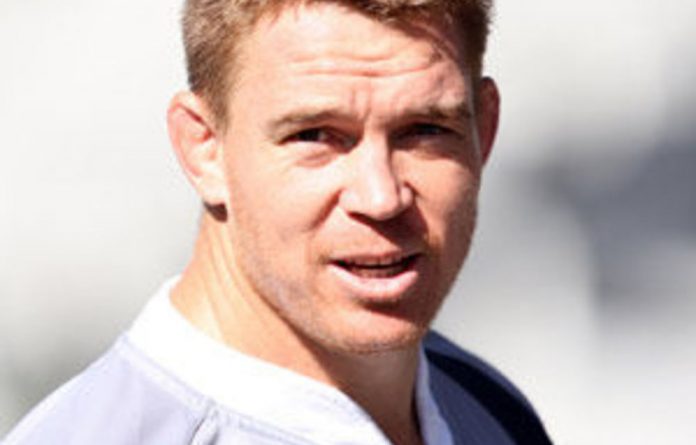 Springbok coach Peter de Villiers did little to dampen the bubbling selection issues surrounding his team when he faced the media for the first time after the Springboks arrived in New Zealand seeking to defend the Rugby World Cup.

The Springboks have jetted off to New Zealand do defend their World Cup title after a jubilant send-off in Sandton, where legions of fans turned out to show their support for the green and gold.

To accommodate both players, de Villiers has resorted to selecting Smit at tighthead prop, which has depowered the Springboks’ scrum to the extent they were shunted around by an Australian pack that is improving but nowhere nearly world-beating in their recent Tri-Nations clash in Durban.

De Villiers, however, said as far as he was concerned there were no selection issues when he was asked at the team hotel in Wellington on Saturday about where Smit would play during the tournament, which they begin on September 11 against Wales.

“John is the best hooker in world rugby at the moment so we will be very sensible when we make selections,” de Villiers said tersely.

Smit, who was sitting beside his coach, managed to tactfully defuse the tension.

“When I hear the coach talking like that it reminds me of my wife. She thinks I’m the most handsome guy in the world,” he said to laughter from the assembled media.

“Obviously I prefer hooker but really the last couple of years I have been playing wherever it is needed for the team.”

The Springboks arrived in New Zealand’s capital in the early hours of Saturday and were met by about 150 supporters at the airport after a long journey from South Africa, where tens of thousands had gathered to see them off.

“It was an incredible sendoff, something I have never seen in my life,” Smit said. “And the other side was impressive. A beautiful way to start and lots of expectation and I’m excited about what the next couple of weeks can bring.”

Poor Tri-Nations
The Springboks enter the tournament looking to become the first side to win the Webb Ellis trophy for the third time, but did not have a good build-up, choosing to rest more than 20 players from their first two tests in the Tri-Nations.

A second-string side was thrashed by Australia and New Zealand before the strongest combination lost to Australia 14-9 in Durban and beat a second-string All Blacks side 18-5 in Port Elizabeth.

De Villiers, however, was not concerned about their second successive last-placed finish in the southern hemisphere’s annual competition, preferring to look ahead to their quest for the World Cup in Pool D against Wales, Namibia, Samoa and Fiji.

“I don’t know if you can call it a mixed buildup,” he said.

“For some people victory and defeat is everything in life, but for us our structures that we put in place was very important — the moment is very important as it is how people will react.

“But I’m very happy on the way we have built this whole thing up.

Not the best
Meanwhile, De Villiers says the Springboks are no longer the best team in the world.

The Springboks landed in Wellington in the early hours of Saturday morning to a raucous welcome from more than 200 fans.

De Villiers said, “Our preparations are sound and we’re looking forward to this but we all know that New Zealand are still the favourites in their own country and are still No 1 in the world.”

He said the Springboks 18-5 win over the All Blacks three weeks ago would count for nothing at the World Cup. — AFP, Reuters