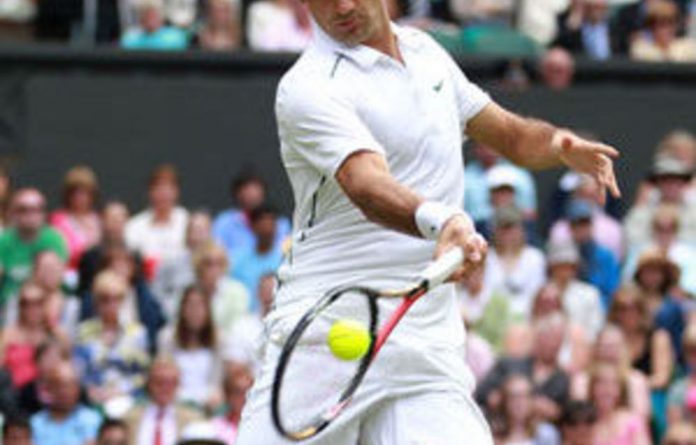 Roger Federer and Serena Williams came through their first real tests at the US Open on Saturday with flying colours as the casualty toll at the last Grand Slam of the year soared to record numbers.

The former world number ones both faced dangerous opponents but survived to fight another day, advancing safely to the fourth round at Flushing Meadows.

Their performances were not perfect but still sent an ominous warning to their younger rivals about their intentions to add to their stockpile of major championships.

The Swiss master dropped a set for the first time in the tournament but was unfazed.

“I seriously don’t care how I’m playing. I wish I play my best every single time and feel amazing. That’s not reality,” he said.

“That’s what the beauty of this game is, trying to find a way when you’re not feeling great.”

Unhappy
Williams beat fourth seed Victoria Azarenka of Belarus 6-1 7-6 but was running on empty by the end.

The pair had been drawn together much earlier than expected because Williams, who has only just returned from a long injury layoff, has slipped down the rankings and was seeded 28th.

The American raced through the first set in less than half an hour but began to tire in the second, failing to serve out the match as Azarenka forced the tiebreaker.

“I definitely wasn’t happy with the way I played overall today,” Williams said.

“I think my serve, especially in the second set, pretty much was below 50%. I was a wee bit disappointed but I can build on it.”

Federer will play unseeded Argentine Juan Monaco in the round of 16 on Monday, while Williams faces former French Open champion Ana Ivanovic after she beat American wildcard Sloane Stephens 6-3 6-4.

Playing the majors
The two current world No. 1s, Novak Djokovic and Caroline Wozniacki, both breezed through with straight-set wins on the Arthur Ashe Stadium after overcoming minor problems.

Davydenko presented Djokovic with some problems early on but the top seed eventually worked him out and was glad to have been pushed.

“It’s the first test I think I had this tournament and it was expected,” Djokovic said.

Wozniacki struggled with her serve as the wind on the Arthur Ashe Stadium center court blew hard.

“It was very windy out there today. It wasn’t just going one way, it was kind of shifting,” Wozniacki said.

“I found it very difficult to place the ball the places I wanted to, so quite a few times I was going for the safe serve.”

Record retirements
Wozniacki’s next opponent is Russia’s Svetlana Kuznetsova, the 2004 US Open champion, who beat Akgul Amanmuradova of Uzbekistan 6-4 6-2.

Jelena Jankovic, a finalist at the US Open three years ago, was bundled out 6-4 6-4 by Russia’s Anastasia Pavlyuchenkova.

She faces Francesca Schiavone of Italy next after last year’s French Open champion saved a match point in her 5-7 7-6 6-3 win over South Africa’s Chanelle Scheepers.

“It’s great to come back after a fight like this,” Schiavone said.

Tomas Berdych, seeded ninth, quit his match against Serbian Janko Tipsarevic in the second set because of shoulder pain.

Spain’s Marcel Granollers also threw in the towel against compatriot Juan Carlos Ferrero, taking the total number of retirements in the first six days of the tournament to 14, a record at a Grand Slam, with two walkovers and two withdrawals also registered. — Reuters