Coach is still proud of Bafana 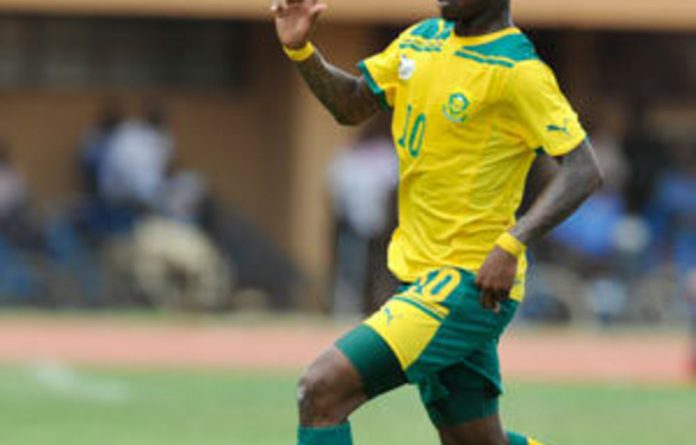 Dejected Bafana Bafana coach Pitso Mosimane says he remains proud of his charges despite their Africa Cup of Nations (Afcon) qualifying campaign taking a serious knock with a 2-1 loss to Niger in Niamey at the weekend.

“Everyone knows that we went there to collect three points but it was not to be,” Mosimane said after the team returned on Monday.

“To be honest with you, the players did very well and I am proud of them.”

Bafana’s first loss of the campaign saw them drop from top spot in their group to Niger who, with nine points, are in pole position to be in Equatorial Guinea and Gabon next year with a final round of matches left to play.

The South Africans, who carry eight points, have to beat Sierra Leone at home next month and hope that Egypt, whose troublingly under-strength side lost to the Leone Stars on Saturday, either draw against or beat Niger in Cairo on the same weekend.

Only the final moments of Sunday’s match were shown to South African households because of a last-minute end to a negotiation deadlock between the national broadcaster, the SABC, and Sport Five, which holds the Afcon marketing and television rights.

With the country’s premier goal-getter, striker Katlego Mphela, ruled out of the match after failing a late fitness test on his knee, it was expected that the side would struggle for composure in front of goal.

While the tigerish Andile Jali netted a second-half strike to give hope to a team revival, there were unconverted opportunities that fell to midfielder Teko Modise, striker Bernard Parker and substitute forward Lehlohonolo Majoro late in the second half.

Bafana were in a position to come away with a draw, and the one point that would have held their advantage, but they were not clinical enough and conceded two soft goals.

“We had more chances than them but we just could not score to win.”

Modise, who hit the woodwork during the game, insisted Niger were not the better team on the field.

Ironically, in his early analysis of the side’s trip to the West African state last week, Mosimane had noted that Niger won both of their home qualifying matches against Sierra Leone and Egypt without showing any form of match dominance.

“They did not play any better than us but they found those two chances and scored,” said Modise.

“I really feel that we were unfortunate to be on the losing side, especially having created more chances, but that is how football goes sometimes.”

It’s back to the drawing board for South Africa ahead of their Sierra Leone match in four weeks’ time.

They will hope to have a full-strength squad available this time around, after being crippled by injuries leading up to the Niger match.

While midfielder Reneilwe Letsholonyane is back training with his club, Kaizer Chiefs, Bafana are not expected to have captain Steven Pienaar available for their final qualifier.