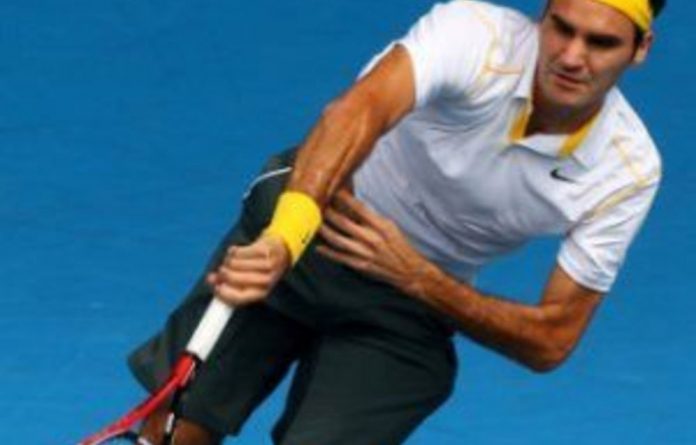 Roger Federer, sent spinning to a landmark Wimbledon defeat by Jo-Wilfried Tsonga, gets another quarterfinal crack at the explosive Frenchman in the last eight of the US Open.

Five-time champion Federer, who must win at Flushing Meadows to extend his streak of eight straight years with at least one Grand Slam title, say’s he’s eager to tackle Tsonga — who followed up his sensational All England Club upset with a victory over the Swiss in the fourth round of the Montreal Masters in August.

“It’s something I’m looking forward to,” Federer said of his chance to turn the tables on Tsonga.

“I live for playing the big matches, live for playing a guy who is explosive, has got some firepower. I like to play those kind of players, especially now that we’re in the deeper stages of the tournament.”

It condemned six-time winner Federer to his second straight quarter-final defeat at Wimbledon and raised doubts about his ability to add to his total of 16 Grand Slams, the most recent of which came at the 2010 Australian Open.

Since then, Federer has turned 30, and lost to Tsonga yet again when the Frenchman triumphed in three sets on the hardcourts of Montreal.

‘He knows I can beat him’
“It’s good to have some wins against him, because now Roger knows I’m able to beat him,” Tsonga said. “But every day it’s another day.

“The third time will be difficult, maybe more than the others … because Roger knows I can beat him and he will do everything to win this time.”

Tsonga, whose runner-up finish at the 2008 Australian Open remains his only Grand Slam final appearance, has benefited this summer from working in Nevada with Gil Reyes, Andre Agassi’s longtime training guru.

But he said it was his mental toughness that carried him through against Mardy Fish in a last-16 match made more difficult by blustery wind and blustering fans.

“My game is very good when I have nothing in my head,” Tsonga said. “When I just play my game, when I don’t think about other things like the wind, people in the box, all this stuff.”

Tsonga is in the quarter-finals at Flushing Meadows for the first time and sees no reason he can’t challenge the third-seeded Federer for the third time in a row.

“The key for me is just to play like I did the other times,” he said. “I have to be really aggressive. I have to be in the court before him, that’s it.”

After Tsonga slogged through five sets against Fish, Federer dropped just three games in a 6-1, 6-2, 6-0 demolition of Juan Monaco.

But Federer, who didn’t get on court until nearly midnight on Monday, said he didn’t think he’d have much physical advantage in the wake of his shorter fourth-round match.

“Sure it’s a mental drag to go through five sets, but he’s got a day off,” Federer said. “He finished somewhat early compared to what I did. So I don’t think either one of us has an advantage.” — AFP