Gaddafi ducks, but where will he go? 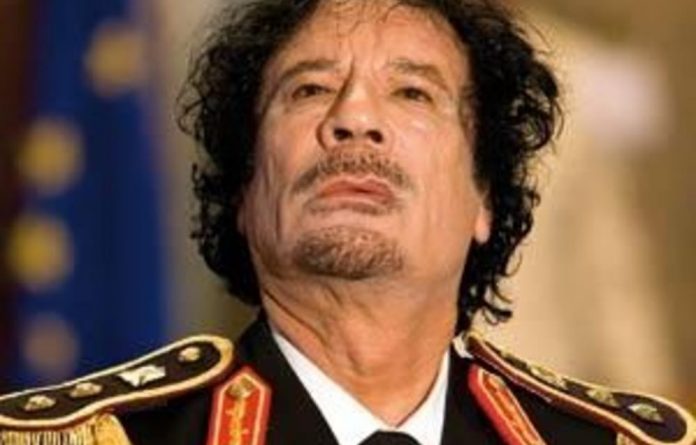 Libya’s Muammar Gaddafi is on the run, says the US. But nobody seems to know where he is, after Niger denied the Libyan strongman had entered the country, and Burkina Faso said it would not allow him into the country.

“I wish I knew,” United States Defence Secretary Leon Panetta said when asked about Gaddafi’s whereabouts. “I don’t have any information as to exactly where he’s located … the best information we have is that he’s on the run.”

On Tuesday, Niger officials informed the US ambassador there that a convoy that crossed into the country from Libya on Sunday carried “a dozen or more” senior members of Gaddafi’s government, but gave no indication that Gaddafi himself was among them, State Department spokesperson Victoria Nuland said.

The US urged Niger to detain the officials.

“We have strongly urged the Nigeran officials to detain those members of the regime who may be subject to prosecution, to ensure that they confiscate any weapons that are found and to ensure that any state property of the government of Libya, money, jewels, etc., also be impounded so that it can be returned to the Libyan people,” Nuland said.

She said the US had also urged Niger to work with Libya’s ruling interim council to ensure that its interests are served in bringing the convoy’s passengers to justice.

The United States suspended all non-humanitarian assistance to Niger in 2009 after former president Mamadou Tandja changed the Constitution to extend his rule, but resumed aid programs this year after Tandja was ousted by the military and replaced through elections.

Military sources told Reuters that a convoy of between 200 and 250 vehicles had been escorted to the northern city of Agadez by Niger army personnel. U.S. officials said Gaddafi’s government had close ties to Niger-based Tuareg rebels, some of whom had gone to Libya to help defend Gaddafi.

A French military source told Reuters it was possible that Gaddafi and his son and would-be heir, Saif al-Islam, could join the convoy later and head for neighboring Burkina Faso. But that country has said it would not grant Gaddafi asylum.

“We cannot grant him asylum because for the past three years we have not had good relations with him,” said government spokesman Alain Traore. “We don’t see why we would stick our neck out for him and create problems for ourselves.”

Nuland said US diplomats had in recent days met formally with governments in all of Libya’s neighbors to underscore the necessity that Gaddafi be brought to justice.

“We have been talking in recent days with all of the neighboring states in Libya about their U.N. Security Council obligations and those conversations will continue,” she said.

Dramatic changes are coming to newsrooms across Africa

Our continent is not just united geographically, but also by our shared experiences and we should use that to build a bright future
Read more
Advertising
Continue to the category
Politics