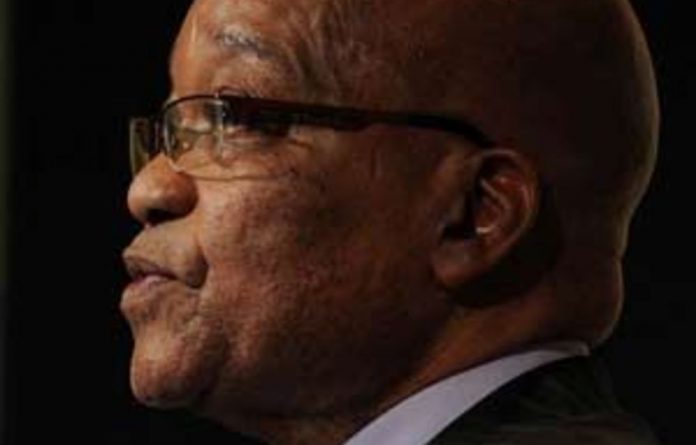 Black business must put the interests of South Africa first in coming to decisions at this week’s Black Business Summit, President Jacob Zuma said on Tuesday.

“We trust that you will have fruitful deliberations and will put the interests of the country first above all else,” he told the summit in Johannesburg.

It was called after the Black Management Forum withdrew from chief business lobby group Business Unity SA (Busa) in July, saying Busa’s structure was fundamentally flawed, with the voice of black business “permanently outnumbered and suppressed”.

Zuma told the summit that unity in business was important to the government.

“The unity of the business sector is paramount in ensuring the achievement of the transformation goals. As government, we need a unified and united business voice to work with.”

Zuma said he had tried to meet Busa.

“I intended to see Business Unity South Africa last month … but they were not available at the time.”

Zuma urged delegates to “find one another”.

“The time to differ I think is gone, it’s now time to find one another.”

Zuma said although South Africa had achieved a lot politically since becoming a democracy in 1994, economically and socially it was still lagging behind.

“However, we have not achieved the economic transformation that is outlined in the Freedom Charter, to achieve a society in which all share in the country’s wealth.”

Zuma said ownership and management of the economy had not changed much in the last 17 years, with blacks still under-represented at management and senior management levels.

“With regards to the ownership of the economy, while we are happy to see many black people entering various sectors of the economy, there are no visible black industrialists.

“We do not see large factories or mines that are owned by black people or women.”

South Africa must develop a black industrial sector, he said.

“The economy must produce authentic black entrepreneurs, who own factories and manufacture textiles, furniture, metal products or whatever the market requires.”

He called on the summit to come up with ideas on how to do this.

“We trust that the deliberations in this summit will produce pointers as to how business, both emerging and established, will contribute to building this new industrial sector.”

It would also look at ways to prevent and punish fronting — the misrepresentation of black economic empowerment credentials.

“This malpractice inhibits a progressive and meaningful participation in the economy by the intended beneficiaries, mainly black entities,” he said.

The government would also focus on skills development and unblocking barriers to creating necessary infrastructure.

The two-day summit was organised by the Confederation of Black Business Organisations. — Sapa