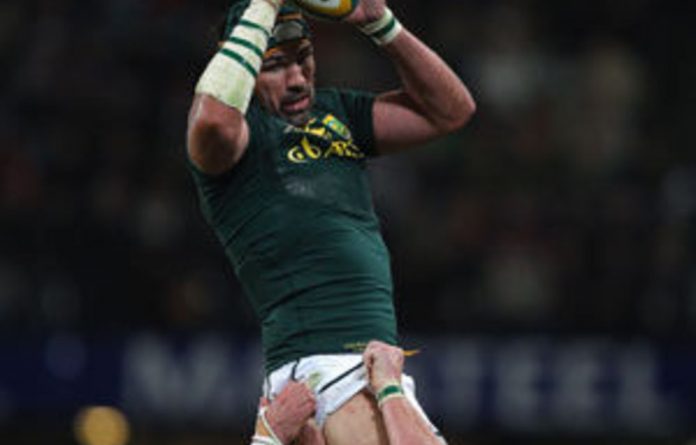 Even though the Springboks played more matches at Wellington’s Westpac Stadium, it did not necessarily mean they would have an advantage over Wales, Bok vice-captain Victor Matfield said on Wednesday.

“It is difficult to say that we will have an advantage even though we play here more than them with the Super Rugby and Tri-Nations,” said Matfield.

With winds steadily picking up in the New Zealand capital ahead of Sunday’s Rugby World Cup match-up, the most experienced player in South Africa’s camp said it would be equally difficult for both goal kickers in the stadium also known as the Cake Tin.

“It is a very difficult stadium, especially for the kickers with the wind, and even if you know it, it is very hard to get used to it so that is something both teams will have to adapt to.”

Matfield said that a swirling wind may force them to rethink their strategy on match day, but added that the key decision makers in the kicking department are more than capable of reading the situation.

Ready to play
The windy weather that convinced locals to name their Super Rugby side the Hurricanes, is bound to make life more difficult for the respective lineout throwers.

Not being able to take part in set piece sessions is therefore somewhat frustrating for the veteran lock who is still nursing a hamstring injury.

Matfield and his blood brother, Bakkies Botha, have been given to the last minute to prove their fitness.

“We are still rehabilitating it and we will look on Friday, but we believe I’ll be ready to play,” said Matfield.

“He is training hard in the gym and they will be making a call on him on Friday as well.”

Should Botha’s recurrent foot injury be more serious than initially believed, team management might have to start considering the option of flying either Flip van der Merwe or Gerhard Mostert over as cover for Danie Rossouw. — Sapa