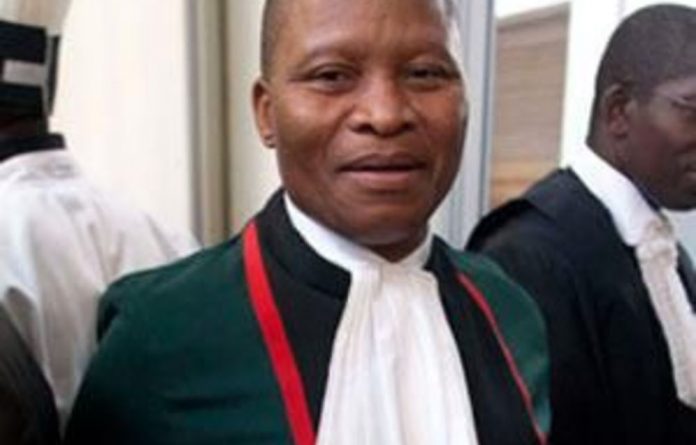 Mogoeng in the hot seat

Members of the Nobel Women’s Initiative who are also Nobel laureates, feel that Mogoeng’s many rulings undermined women’s rights, and are at odds with values enshrined in the Constitution, Sonke spokesperson Mbuyiselo Botha said.

Mogoeng’s rulings issued lenient sentences in cases of rape and domestic violence, including in cases of child rape, he said. It has undermined the severity of the crime of rape, and its consequences for victims.

“His rulings also invoked dangerous myths about rape, that often blame the victims themselves, and excuse perpetrators of egregious crimes.”

If Mogoeng was appointed, it would also diminish women’s trust in the judiciary, and tarnish South Africa’s reputation as a champion for equality and women’s rights, Botha said.

“We call on President Zuma not to appoint Judge Mogoeng as South Africa’s Chief Justice.”

The Judicial Service Commission (JSC) had not yet officially revealed its stance on Mogoeng, a member of the Winners Chapel International church.

Mogoeng was questioned about his religious views during his interview for the post by the JSC at the weekend.

He told the commission on Sunday that God wanted him appointed to the job. He said he prayed and got a sign that “it was the right thing to do”, after Zuma nominated him.

A JSC commissioner, speaking on condition of anonymity, said JSC members had voted in Mogoeng’s favour.

Zuma’s spokesperson Mac Maharaj said the president received Zille’s submission on Monday afternoon, and if he needed clarity on it he would approach her.

“He is studying it. He is studying all the responses. At the moment it suffices. If he needs further clarity on it, he will turn to her.”

Maharaj said Zuma would decide whether to appoint Mogoeng “in due course”. – Sapa