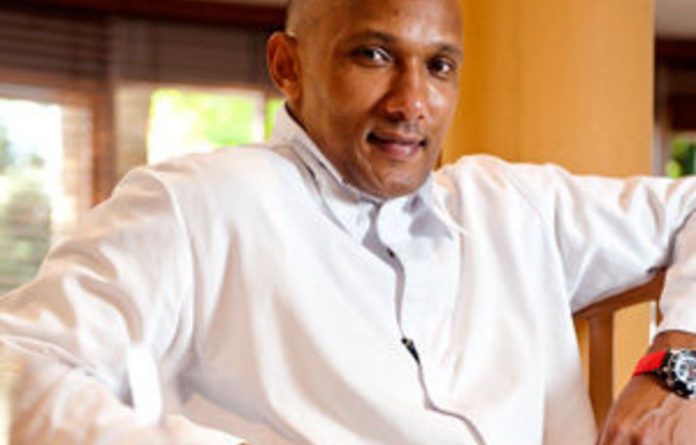 Burundian chef Coco Reinarhz comes from a line of chefs, with his grandparents renowned for their innovative takes on traditional dishes while his mother, who was classically-trained, served as Chef Patronne at the famous Pili Pili restaurant in Kinshasa.

This inspired him to complete his classical training at Ecole Hotelière de Namur in Belgium, before returning to Kinshasa to take over his mother’s position upon her death.

Since being forced to leave the DRC in 1998 because of the political situation, he has been at at the helm of a number of fine dining establishments around the continent, and developed a reputation for finding ways to elevate African cuisine to a sophisticated level.

Now permanently based in South Africa, he is Chef Patron at two Jo’burg restaurants: Sel et Poivre, a fine dining establishment at the Quartermain Hotel, and Le Petit Sel, a bistro-style venue at the Falstaff Hotel.

Tell me a bit about your two restaurants. How hands-on are you? Is it more difficult to keep tabs on two different ventures?
Sel et Poivre is more of a “fine dining” restaurant where I offer innovative French cuisine with South African ingredients and flavours. Le Petit Sel is a French bistro, where I serve revisited bistro recipes.

I am very hands on. I create the menus, I make sure about the quality of the products, visit suppliers and cook almost every night.

It is more difficult, but with the passion I put in, I hardly notice.

I really believe that it is genetic, I tried other things, but it had more to do with teenage rebellion than anything else. I was always given the options to do what I liked and had family support.

Do you think that it is important for chefs to find ways to use foods that form part of their background and heritage in their repertoire?
I believe in the saying that “you are what you eat”.

Old family food is what shapes your taste buds, your passion, your vision. Having said that, you have to evolve with your era, but never forget where you come from.

I am fortunate to have two different heritages, and I always try to use both infuences.

The difference is a the more professional approach in Europe — in research, testing and creativity.

How have European styles and approaches affected African cuisine? Is there any snobbery?
As in many other fields, Africa has been influenced a lot by Europe.

It is not snobbery, but rather sophistication that is seen as more important. African food is not seen as sophisticated because generally stays at the home cooking level.

When you put African food on a restaurant level, it is sometimes very creative. We just need to promote it and accept that Africa, in general, can be sophisticated and creative.

How do you, as a chef, counter those attitudes?
By serving caviar on a plantain banana rosti, by holding French champagne and African food pairings. We have to be creative and do proper fusion cuisine, not “confusion cuisine”!

Is Africa undergoing a food revolution? Do you see other chefs looking at local influences?
The revolution started decades ago, but we need to speed it up and support it. More chefs are doing it, but of course I would like to see even more of it in order to change the perceptions.

Coco Reinarhz will be one of the chefs showcasing his food at the Taste of Jo’burg Festival that takes place at Montecasino from September 15 to 18.