There’s no such thing as a free lunch 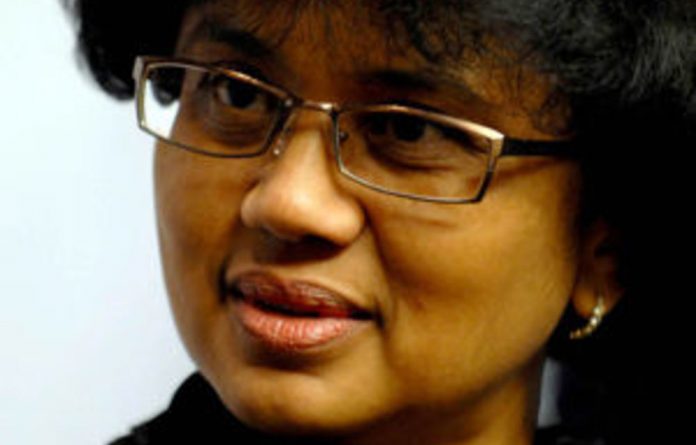 The world will suffer dire consequences if food security was not placed on the agenda at November’s COP17 climate-change meeting in Durban, according to Minister of Agriculture, Forestry and Fisheries Tina Joemat-Pettersson.

“Food is at the basis of our existence. If we are food insecure we will not be able to counter food-price volatility in South Africa, the continent and abroad,” Joemat-Pettersson said.

Agriculture Minister Tina Joemat-Pettersson, in conversation with the Mail & Guardian, says she will not be happy until each and every South African is food secure and has a balanced diet.

Joemat-Pettersson told the Mail & Guardian this week she had invited agricultural ministers from throughout Africa to a meeting to devise a strategy of placing food production on the agenda at the COP17 meeting.

The 17th Conference of the Parties will take place in Durban from November 28 to December 8 and will assess the world’s approach to climate change, following the adoption of the United Nations Framework Convention on Climate Change treaty produced in Rio de Janeiro, Brazil, in 1992.

Despite successes such as the signing of the Kyoto Protocol in 1997, which established legally binding commitments for developed countries to reduce their greenhouse gas emissions, the meetings have often been criticised as nothing more than elaborate talk-shops.

Joemat-Pettersson hopes to change this by demonstrating how agriculture in Africa is severely affected by climate change.

The meeting will be hosted with the support of the World Bank, African Union and the New Partnership for Africa’s Development (Nepad).

“Our ambition is to have agriculture as part of the main text at the end of COP17 even if there is a legally bounding agreement or not — we just want to get our foot in the door. If we get into the text then we have won half the battle,” said Joemat-Pettersson.

The initiative comes at a time when Africa, the world’s poorest continent, is experiencing another famine. Over 12-million people are suffering from food shortages as a result of the Somalia famine. According to research by the United Nations, over 2 000 Somali refugees are fleeing to neighbouring states on a daily basis.

Since the beginning of the 20th century, famines have been recorded across the region from Ethiopia to Malawi.

Mobilising Africa
“Feeding our people at a time of climate change is the real challenge. It is not just about South Africa and Africa but the globe. As long as agriculture is the sector which is most vulnerable to climate change we will always have a responsibility to mobilise the rest of the continent,” said Joemat-Pettersson.

Along with placing agriculture on the agenda of COP17, the conference will also deal with Africa’s green economy and carbon credits.

“I don’t think South Africa and the rest of the continent has sufficiently explored the opportunities around green jobs and sustainable green energy — be it fuels or power,” Joemat-Pettersson said.

“This is a call to action and to mobilise people who have the technical know-how we don’t’ have. We don’t have the time to duplicate resources,” Joemat-Pettersson added.

The minister was candid about enforcing responsible agricultural investment across the continent to ensure Africa’s arable land is properly utilised to feed its people.

“Foreign direct investment does not mean you buy up a tract of land and completely destroy it by bringing in your own implements and labour; don’t transfer any skills to the locals and when you leave take everything with you and leave nothing behind,” she said.

Accordingly, the issue of leasing arable land in Africa will be dealt with at next week’s meeting.

“Africa’s agriculture has the ability to feed Africa’s people but we cannot afford to have prime land leased to other countries for their own purposes,” she said.