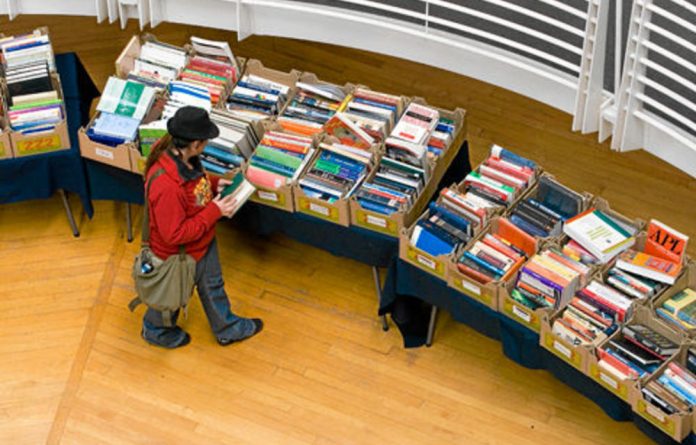 Laments about African science often refer to the continent’s low share of global scientific output, as measured by the number of articles Africa-based researchers publish in international accredited journals.

How accurate a reflection of African scientific activity and potential is this? But also, more broadly, how can the continent grow its science-research base?

International accredited journals are recorded in the world’s largest commercial bibliographic databases, like Scopus from the Dutch publisher Elsevier (covering almost 18?000 journals) and the Web of Knowledge from the United States company Thomson Reuters (more than 16?000 journals).

African contributions not recognised
Many African scientists, including those in the so-called African diaspora, publish under their affiliation to institutions in developed countries. In so doing they receive greater visibility, recognition and financial benefit. But this also means these publications are not recognised as African contributions to world scientific output.

Research in parts of Africa where salaries are low and research facilities are weak does not encourage publishing in journals because there are other — often lucrative — opportunities for dissemination of research results. African researchers are often contracted to produce research results on topics that concern agencies, NGOs or private companies. This so-called “consultancy culture” was recently criticised by Ugandan academic Mahmood Mamdani for relegating research to “finding answers to problems defined by a client” rather than “formulating a problem” (“Africa’s post-colonial scourge”, Mail & Guardian, May 27).

Much of Africa’s research output is consequently not recorded by the international bibliographic databases and does not get counted as part of Africa’s share of global science. Even so, it cannot be denied that Africa’s contribution to global science output is low — approximately 0.7% of output as currently measured.

Relative to gross domestic product, science growth has been most pronounced in Tunisia and Malawi, followed by South Africa, Kenya, Egypt, Ethiopia, Uganda, Tanzania, Cameroon and Ghana. The question is how the quality and quantity of African research output can be strengthened and grown.

We have two suggestions — one concerning greater research collaboration, the other centred on incentives for research.

The first strategy we suggest would entail increasing the opportunities that African scientists have to collaborate with researchers on the continent. The traditional mode of North-South collaboration needs to be expanded to South-South and South-South-North collaboration. This makes sense because of shared contexts and developmental challenges, and it would also pool the limited human resources of the South.

There would need to be institutional backing in the form of well-administered university exchange agreements that support potential areas of collaboration and provide seed funding for joint research and teaching. Research managers who understand the complexities of research networks would also be essential, as would national programmes that allocate research spending to support transnational higher education collaboration in Africa.

Numerous such examples already exist. South Africa’s department of science and technology has concluded bilateral science agreements with Kenya, Mozambique and Namibia, for instance, and in some cases both parties have contributed funding towards research collaboration.

Institutionally, there are jointly administered university degree programmes such as the African Economic Research Consortium, the Partnership for Africa’s Next Generation of Academics (of which Stellenbosch University is a founding member), the Regional University Forum for Capacity Building in Agriculture, and a mobility initiative among six African universities on climate change and resource efficiency called TRECCAfrica, coordinated by Stellenbosch University.

For these networks to engage more fluidly across Africa, harmonising Africa’s accreditation systems is essential. The Association of African Universities (AAU) and the Association for the Development of Education in Africa has initiated this process, and it formed a central theme of the AAU’s Conference of Rectors, Vice-Chancellors and Presidents of African Universities held recently in Stellenbosch.

Alternatives to consultancy
The second strategy we suggest involves new incentives to create strong alternatives to the “consultancy culture” among African researchers. Research publications do play a role in advancing academic careers in many African countries but, because consultancy work is lucrative, research would also need financial incentives. At the very least this would mean that governments and universities offer bonuses to researchers who publish in international accredited and national peer-reviewed journals. The current South African national research subsidy model serves as an example of such post-performance research funding.

Researchers would be free to investigate questions without a client’s needs or a donor’s priorities driving the outcomes: the only criterion would be that the research meets the quality criteria of accredited journals. This would help create an intellectual culture in which new knowledge is generated for the sake of discovery, and is driven by intellectual curiosity rather than the needs of clients.

It could also support doctoral programmes by encouraging students to publish their PhD research, which would encourage academic publishing from an early stage in researchers’ careers.

Increases in resources needed
Increasing the scholarly output of African academics will require increases in library resources, internet connectivity, research equipment and facilities, as well as in funding for further research, research collaboration or conference participation. National research funding could be used to purchase national licences for core scientific databases to which all research institutions in the country have access, and to fund publishing in open-access journals. These journals often require higher page fees as a substitute for subscription fees, and if authors could be reimbursed these costs this would help open-access publishing flourish as it has in Brazil, for instance.

Funding agencies could play a constructive role by subsidising publications and implementing the processes by which local journals, including open-access journals, are developed with the aim of their eventual inclusion in international bibliographic databases. Ideally, donor funding should support publication in any field of study without being prescriptive about the specific research topics to be investigated.

To conclude, African research output is low compared with other regions — but overall article growth in sub-Saharan Africa between 1990 and the mid-2000s was almost 40%, and in some countries growth has been much higher. This is encouraging and should spur governments on to invest in transnational collaboration initiatives, in access to global research outputs and in open-access publishing.