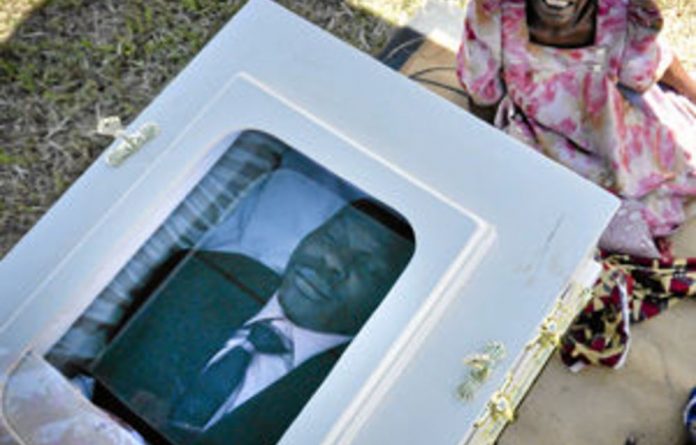 Gay rights in Africa are in the spotlight again after the arrest of two men in Cameroon, allegedly for “looking feminine”. There have also been reports of other arrests this year, with four men between the ages of 17 and 46 named, and Alice Nkom, lawyer and president of the Cameroonian Association for the Defence of Homosexuality (Adefho), who discovered in 2007 a gay man who had been jailed without trial for two years, has herself been threatened with arrest.

Prisons in Cameroon, as in many other African states, are overcrowded, with poor sanitation, limited food and often with inmates sleeping on the floor. The two men — a 19-year-old known only as Jonas and a 20-year-old known only as Francky — are being held in Yaoundé’s Kondengui central prison, where activists claim they were beaten and tortured.

Amnesty International has repeatedly sounded the alarm over such abuses. In March it reported: “Jean-Claude Roger Mbede was sentenced to 36 months’ imprisonment after sending SMS messages to a male acquaintance.” Cameroon is apparently now preparing to toughen its laws against homosexuality, already a crime in the country, by equating gay acts with paedophilia.

Nkom told Agence France-Presse that the state “has widened its jurisdiction and created confusion between homosexuality and paedophilia, which will allow judges to condemn more people more easily”.

In the draft law homosexual acts in general remain punishable by imprisonment of between six months and five years, according to activist Stephane Koche. Two new bylaws punish homosexual acts with minors between 16 and 21 years of age with eight years in jail and terms of 10 to 15 years if the minor is younger than 16, said Koche. The new law thus equates acts committed with people of both age groups as paedophilia.

On August 20, at the funeral of Solomon Mujuru, Zimbabwe’s first defence chief, President Robert Mugabe once more lashed out against gay and lesbian people. One source told me: “Mugabe said it was his ‘principled, unwavering’ stance against same-sex unions that made him loathed in Europe. He reiterated that gays were worse and lower than pigs and dogs because at least his pigs and dogs knew their female partners and did not have sexual liaisons with pigs of the same sex.

It seems that in Zimbabwe and many other African countries the targeting of gay people is rising. Political rivals or journalists attack one another publicly with allegations, often false, of homosexuality. According to one source, an increasing number of Zimbabwean journalists accused of homosexuality quietly pack up and leave the country.

Violence is rising too. David Kato, a high-profile gay-rights activist, was beaten to death in Uganda. But many other cases do not make the media. One study lists 76 countries, many in Africa and the Middle East, that still prosecute people on the grounds of their sexual orientation — seven of them punish same-sex acts with death.

I was present when the United Nations Human Rights Council (HRC) debated a resolution supporting equal rights for all, regardless of sexual orientation, promoted by South Africa. Three African countries attended the informal debates. One, Egypt, blamed South Africa for not consulting the Africa group sufficiently and “going it alone”.

I was asked to deliver an im­promptu speech in support of the resolution, which I did. After some strong criticism, Egypt left the room. The Black Sash spoke in favour of the resolution and together we pointed out violence against lesbians, particularly, had pushed us to do more on this issue.

The resolution was passed with 23 votes to 19, with three abstentions, and became the first gay-rights resolution ever passed by the HRC. And it was sponsored by an African country — our own. It was a proud moment. The resolution was backed by the United States, the European Union, Brazil and other Latin American countries.

Nigeria, speaking on behalf of the Africa group, was prominent among the nations that voted against it. Others were Russia, Saudi Arabia and Pakistan. China, Burkina Faso and Zambia abstained; Kyrgyzstan didn’t vote and Libya had been suspended.

Nigeria’s representative, Osita­dinma Anaedu, said African countries “and more than 90% of the African people” opposed the resolution. He felt the council was imposing something undemocratic on them. Same-sex sexual activity is punishable by death by stoning in Nigeria’s 12 states that have adopted sharia law and by up to 14 years’ jail in the rest of the country.

It is bizarre to see one African country leading the advancement of gay rights while another leads the charge to prevent them. Clearly this will be a bone of serious contention for years to come — indeed, a long walk to freedom.