‘Human failure’ to blame for huge US blackout 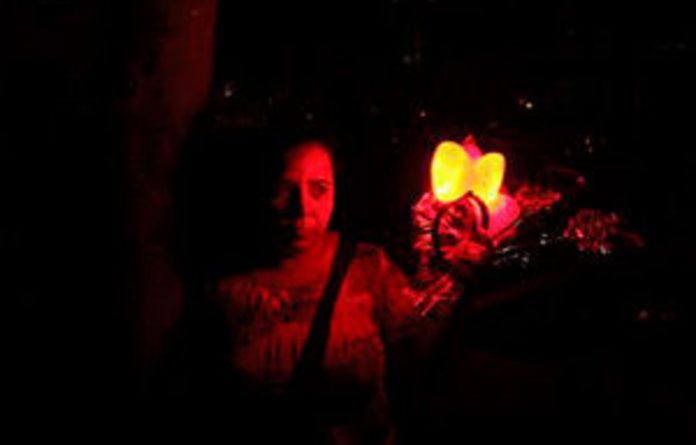 A massive blackout caused by “human failure” left nearly five million people without power in parts of California, Arizona and Mexico on Thursday, and officials said many residents may be out of service for a day or more.

The power failure, apparently triggered by an employee who carried out a procedure at a substation in Arizona, snarled traffic on Southern California freeways, knocked out water supplies in parts of San Diego County and Tijuana and sent some elderly residents to emergency rooms.

San Diego International Airport cancelled all outbound flights, traffic came to a standstill as the city’s street lights quit and about 70 people had to be rescued by the city’s fire department from stalled elevators.

San Diego schools were ordered closed until Monday as utilities could not guarantee they would be able to turn on the lights in classrooms.

“There was a very major outage, a region-wide outage,” San Diego Gas and Electric president Mike Niggli said. “There’s no doubt this has never happened before to our system.”

But police in California’s second-largest city, located between Los Angeles and the Mexican border, reported no major problems, and hospitals successfully switched to back-up power, the Scripps Health chain said.

‘Human failure’
The ill-fated procedure in Arizona first caused the failure of a high-power line supplying electricity to Southern California before unleashing a domino effect across the South-west, officials said.

That in turn led to a blockage at California’s San Onofre nuclear energy plant, a second major source of power to the San Diego area, San Diego Gas and Electric said.

San Diego Gas and Electric said in a tweet that all 1.4-million of its customers in the San Diego area were without power. Blackouts also affected 3.5-million people in Baja California, according to local emergency services and state authorities.

The city of Yuma, Arizona, reported that more than 50 000 people had lost power.

“There appears to be two failures here — one is human failure and the other is a system failure. Both of those will be addressed,” said Damon Gross, a spokesperson for Arizona utility APS.

By early evening, crews had restored service in the section of the line that triggered the massive event and had begun to restore power to parts of San Diego County.

Electricity returned late on Thursday to the central San Diego neighbourhood of Normal Heights, where many families earlier in the evening had embraced the darkness by throwing outdoor barbecue parties on their front lawns.

By 11pm, San Diego Gas and Electric reported that power was restored to 165 000 customers in San Diego and Orange counties. But the utility warned that all power would not be restored overnight and urged customers to conserve energy.

‘Lines everywhere now’
Mexico’s Federal Electricity Commission said 180 000 customers had been brought back online in Baja California. The commission said it was making progress in getting power back on in state capital Mexicali, Ensenada and Rosarito.

Stuck without refrigeration, employees at the Cardiff Seaside Market, a grocery and specialty food store in Cardiff-by-the-Sea, north of San Diego, started grilling their inventory of fresh steaks and tuna in the parking lot and selling it cooked to passersby for cash.

Meanwhile, a line of about 50 customers waited at the front door for their turn to be led inside by a clerk to do their shopping in groups of two or three at a time.

“It’s real hectic, there’s lines everywhere now. But the customers are happy, everyone’s patient, everyone’s in a good mood, and we’re serving them as quickly as we can,” manager John Shamam (33) said as he served up a plate of tuna.

Many of the Tweets from San Diego residents revolved around air conditioning. “I’m going to die of heat in this house with no AC!” wrote Ashleigh Marie. “What am I supposed to dooo.”

But San Diego resident Kiersten White tweeted that the power failure “makes me glad I don’t have air conditioning to begin with … nothing to miss!”

Other people were having a harder time. “Trapped outside of our rooms at the hotel,” tweeted Rob Myers, visiting from Washington.

The blackouts knocked out stoplights at intersections across Tijuana, causing traffic snarl ups, and also cut power to hospitals and government offices. The border crossing at Otay Mesa was closed to all but pedestrian traffic. – Reuters

Marty Graham
Marty Graham works from SoCal. Marty Graham is a reporter with more than 10 years in online, print and video media. Google 'by Marty Graham' to see her national and California stories. Marty Graham has over 46 followers on Twitter.
Facebook
Twitter
WhatsApp
Linkedin
Email
Telegram