Row over ‘unpaid’ bills at Gupta family’s mine 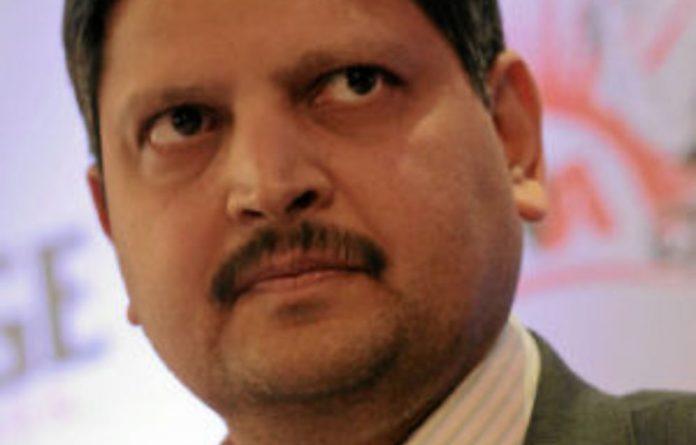 Subcontractors at the Gupta family’s Shiva Uranium mine in Klerksdorp are crying foul over the company’s alleged failure to pay for services provided for mining operations.

Shiva became part of the Guptas’ interests in South Africa when the mothballed mine was purchased from Uranium One in 2010. Klerksdorp company Nelesco Trading was contracted to undertake open-cast mining functions as well as transport services at the mine.

Nelesco, in turn, subcontracted Maralco Trading to provide earth-moving machines in May, June and July this year, and Maralco hired its own suppliers to supply machines for open casting. At least four of these suppliers are known to the Mail & Guardian, and three of them have gone on record about their battle to get paid.

Schalk Liebenberg of Nelesco denied the allegations, saying “other parties” were merely attempting to disrupt dealings between his company and Shiva by lying so that they could contract directly with Shiva.

“All our dealings have always been transparent and professional and there has never been an issue with finance,” Liebenberg said.

But an invoice seen by the M&G shows that Nelesco has been slack with payment. The invoice, dated August 30 and sent to the company by subcontractor Maralco for services rendered from May 31 to July 15 this year, shows that Nelesco owes Maralco R997 884.47 and R740 843.88 that should have been paid nearly three months ago. It reflects three payments from Nelesco totalling almost R320 000 after the bill had already peaked at just more than R1.2-million.

Dorette Botha of Kings Plant said the initial agreement was that the company would be paid no later than 15 days after it supplied the machines, but R75 000 was outstanding after 90 days. “We just want our money. We worked for it and we have salaries to pay. Workers have lost faith in us because we can’t pay them,” Botha said.

She said Nelesco had paid Maralco R100 000 and 10% of that had gone to her company. But she was still unhappy because, although Shiva did not hire her, “they are still making a profit off my labour and they need to do something”.

Rautenbach said he was owed more than R200 000 that should have been paid three months ago and was at his wits end after being fed “a different story” each time he made inquiries.

Shiva spokesperson George van der Merwe said the employment and payment of subcontractors fell outside the company’s jurisdiction and those contracted to Shiva were paid timeously.

The M&G understands that Leala Trading, a company formerly contracted to Shiva, was liquidated this week. According to Craig Czank, Leala’s publicity officer, the liquidation was the result of an outstanding R18-million owed by Shiva.

Van der Merwe denied owing Leala. “If they are being liquidated, they are certainly not going into liquidation because of us.”

He said no claims “even close to R18-million” had been brought to Shiva by Leala and that Shiva, in fact, had a claim of almost R30-million against Leala.