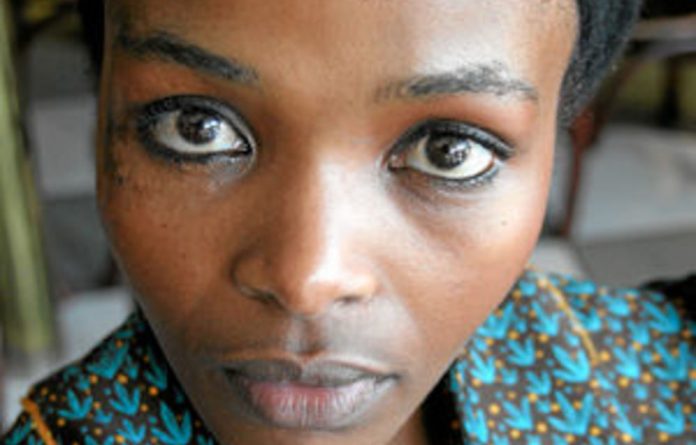 Launched in Johannesburg and Cape Town in the past week, the stokvel concept aims to mobilise private money to aid poor black schools. It is part of Dana’s Black Culture Education Tour, during which she has visited 26 schools in five provinces on a fact-finding mission that began in March.

Dana identifies with the problems facing rural pupils because she faced similar issues growing up, she told the Friday meeting.

The songstress, who achieved fame after the release of her debut album Zandisile in 2007, described herself as a self-ordained education ambassador who has “endeavoured to garner support from society to patch things where government fails”.

Dana spoke about the obstacles to improving education in rural areas and townships, with one of her criticisms being the general use of English as a medium of instruction, which was “producing horrifying results”. “Our children believe they’re dumb because they do not understand what they’re being taught.

“Even the teachers are not well versed in the language,” Dana said. She wants to “start small” by helping procure textbooks and fixing school infrastructure.

Donations
Stokvel members will be asked to donate at least R500 at each future monthly forum. They are also encouraged to give books in indigenous languages to promote mother tongue education.

“Everyone is welcome to be a member, but must understand that a financial contribution is a must. A stokvel account will be able to be monitored by all members,” Dana told the Mail & Guardian.

At the meeting, Simelane said professionals should focus on projects that would foster fundamental transformation in primary education.

“Business can donate, people can donate. But will that solve the problem of comprehension?” he asked, referring to the fact that mother tongue is still not used for instruction in schools.

“Charity work fizzles. I prefer to be involved in a project through which we do social re-engineering,” Simelane said.

Metcalfe said the stokvel idea could become a catalyst that would mobilise society to respond to the problems facing primary education.

Crisis report
A report compiled by Dana highlights the huge crisis in the education sector. It is compounded by underdevelopment and poverty in many communities, it says.

The report refers to the widespread shortage of basic facilities such as libraries, laboratories and computers, saying that Dana is talking to companies such as Sanlam to source additional funding.

Dana criticised the national arts and culture department’s snail’s pace in responding to her funding request, which, she said, she had lodged in February this year.

In spite of supplying the department with all the necessary documents, “I’m still waiting for their response, even today. In fact, I’m close to giving up on them.”

She said she had discussed her Black Culture Education project with national Arts Minister Paul Mashatile and his adviser, Mduduzi Mbada, who “both seemed to be impressed”.

“They stressed the importance of protocol and we have followed it to the best of our knowledge,” said Dana.

The department confirmed receiving Dana’s application and had agreed to consider it, said spokesperson Mack Lewele.

“The department of arts and culture receives various proposals on a daily basis and has to go through its internal processes before making any decision. We will inform Dana of our decision in due course,” Lewele said.

Basic education department spokesperson Panyaza Lesufi said he knew nothing about Dana’s initiative, but added: “We support such initiatives, as education is a societal issue that cannot be left to government alone.

“Those who feel they can play a role in education should feel free to do so.”

Citing cases such as a school to which only four learners returned, to be met by 20 teachers, the union said Covid-19 is wreaking havoc on learning
Read more
Coronavirus