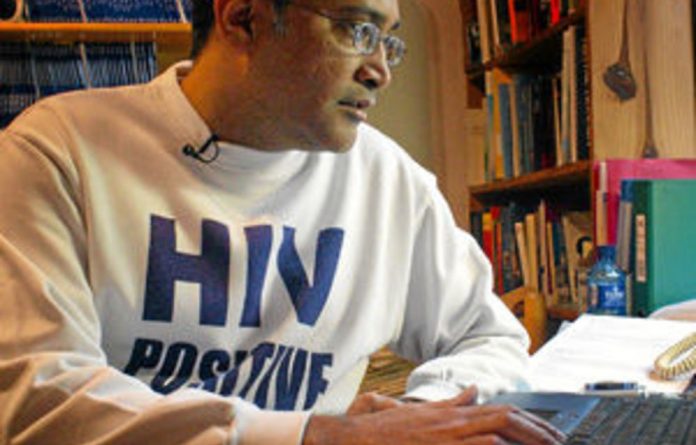 It brings a tear to the eye, seeing a white-haired Nelson Mandela sitting closely alongside Zackie Achmat and commending him for his decision not to take antiretrovirals (ARVs) until they were widely available through the public-health service, despite Achmat’s own life being under threat.

Mandela, retired president and global icon, says he will take up the issue of the HIV/Aids epidemic with Thabo Mbeki, who was then South Africa’s president, and who, we now know, was extremely equivocal about the issue.

There were many cameras recording this moment, and it was surely a key moment in the campaign Achmat and others led to change government attitudes to HIV/Aids in South Africa. They did so through the Treatment Action Campaign (TAC), and this campaign is documented in TAC — Taking Haart, directed by longtime Achmat associate Jack Lewis.

“Haart” stands for highly active antiretroviral treatment, a multi-drug therapy for people living with HIV/Aids that was developed in the mid-1990s. It was the most effective way to keep such people alive, and stood a good chance of stemming the HIV epidemic in South Africa — except for two things. One was that the drugs were very expensive; the other was that the Mbeki government did not think Haart was a good idea.

Fighting shadows
Much has been written about Mbeki’s views on this; many have tried to fathom his motives in questioning the medical establishment’s diagnosis of and prescribed solutions to the Aids problem.

Mark Gevisser, in his Mbeki biography, wonders about Mbeki’s attitudes to sexuality and quotes him angrily denouncing the way discourses around HIV/Aids in South Africa seemed dependent on a cliché of black men as supersexual, animalistic studs — a colonial fantasy that certainly required some opposition. But was Mbeki fighting shadows?

Gevisser said he thought Mbeki was not so much an Aids denialist as an Aids dissident. That may have been so, but TAC — Taking Haart shows the then president, in Parliament, asking whether it made any sense to say that a virus could cause a syndrome, and then answering his own question: no, a virus can’t cause a syndrome. That, along with Mbeki’s insistence that he had never known anyone who had died of Aids, now looks pretty much like denialism.

And, to push tragedy into the realm of farce, Mbeki’s health minister, the late Manto Tshabalala-Msimang, took his views further. There are scenes in the documentary of Tshabalala-Msimang at a global Aids conference, punting lemons, garlic and African potatoes as an “African solution” to HIV/Aids. She kept on about nutrition while Mbeki blamed poverty as the primary cause of the epidemic. Nutrition is obviously vitally important, and poverty an enabling context, but in the meantime people were dying unnecessarily in their hundreds of thousands.

The TAC kept fighting Mbeki and Tshabalala-Msimang, while at the same time taking on the big drug companies and eventually forcing them to bring down the price of Aids drugs. The battle for state provision of antiretrovirals was also ultimately won, but at a huge cost in lives.

A graph showing HIV infections in South Africa from 1990 or so until today, alongside the numbers of people on ARV treatment, is regularly interjected into the story of the TAC in the documentary: it is frightening to see how the numbers of infected people keep rising, in their millions, while public-health ARV treatment stays at zero until 2004 and then inches up, painfully slowly, in mere hundreds of thousands.

Only after Mbeki fell from power was a real commitment to such treatments attained. Today, about a million South Africans are getting ARVs from the state — out of the five million or so infected. That’s better, anyway, than the 10% who got treatment under the Mbeki government.

Fighting the good fight
t’s heartening to see our present health minister, Aaron Motsoaledi, clearly stating the (Jacob Zuma) government’s commitment to widespread treatment. It’s heartening, too, to see how the TAC kept fighting, year after year, and how brilliant a campaign it ran. The T-shirts with a big purple “HIV positive” on them were an inspired stroke of branding; to see Mandela wearing one must have been hugely encouraging and empowering for many people.

The TAC’s use of education, grassroots campaigning, personal testimony, court cases and peaceful civil disobedience is a stirring model of clever and determined activism; it drew masterfully on South Africa’s long tradition of protest politics in a way that makes last week’s ANC Youth League protest in central Johannesburg, say, seem like the degraded, shattered remnants of a once-proud history.

In that respect, TAC — Taking Haart could be seen as propaganda for the organisation, or at least as part of the TAC’s own campaign to win hearts and minds. But it’s good propaganda, in my view, and being propaganda doesn’t mean it’s lying. This is necessary propaganda in the same way that the TAC’s battle was a deeply necessary battle. Viva, TAC, viva!

TAC — Taking Haart was the opening-night film of the Tricontinental Film Festival. For the full lineup, go to the official website.