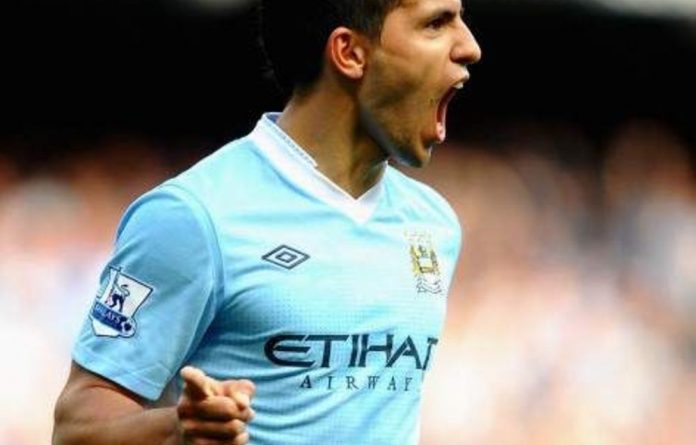 Sergio Aguero struck a hat-trick to shoot Manchester City to the top of the Premier League on Saturday as Arsenal scored their first win of the season against Swansea.

Argentinean international Aguero took his tally for the season to six as Roberto Mancini’s City outclassed Wigan 3-0 at Eastlands with a mesmerising display of attacking football.

The victory maintained City’s perfect start to the season and saw them leapfrog to top spot ahead of Manchester United, who play Bolton Wanderers in Saturday’s late kick-off.

In other results on Saturday, Arsenal bounced back from their humiliating 8-2 defeat against Manchester United in their last outing to score a badly needed 1-0 win over Swansea at the Emirates.

An Andrei Arshavin goal on 40 minutes secured victory for Arsenal, the Russian international punishing a dreadful blunder by Swans keeper Michel Vorm to finish from a tight angle.

Chelsea moved up to second place after recording their third win in a row with a 2-1 win over Sunderland at the Stadium of Light.

Blues skipper John Terry drove a deflected shot into the net to put Chelsea ahead on 18 minutes after Sunderland failed to clear.

Chelsea doubled their lead on 51 minutes when striker Daniel Sturridge latched onto a ball over the top from new signing Raul Meireles to score.

Liverpool’s recent revival ground to a halt as they crashed to an unexpected 1-0 defeat at Stoke.

The Merseysiders appeared poised for a fruitful afternoon after dominating throughout the early exchanges at the Britannia Stadium.

Stoke edged ahead against the run of play on 21 minutes after Jamie Carragher was adjudged to have hauled down City striker Jon Walters in the box.

Walters duly stepped up to convert the penalty and although Liverpool continued to carve out openings, including a glaring last-gasp miss by Luis Suarez, Stoke held on for the win.

Tottenham recovered from their 5-1 home mauling by Manchester City with a 2-0 victory over Wolves at Molineux.

Emmanuel Adebayor, who joined Spurs on loan from Manchester City last month, struck on 67 minutes to put Tottenham ahead after being played in by fellow debutant Scott Parker. Jermain Defoe then made the game safe for Spurs on 80 minutes.

Everton and Aston Villa shared the points in a 2-2 draw at Goodison Park.

Everton took the lead on 19 minutes, Leon Osman applying the finish from 10 yards after a neat cutback from Tim Cahill.

Bulgarian international Stilian Petrov levelled for Villa on 63 minutes but Leighton Baines rifled home from the penalty spot six minutes later to put the Toffees on course for all three points.

The last word belonged to the visitors however with Gabriel Agbonlahor equalising seven minutes from time. — AFP