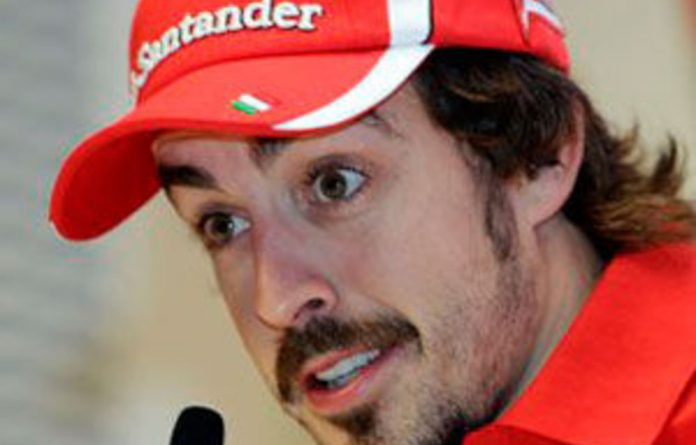 Fernando Alonso gave Italian fans something to cheer at Monza on Saturday when the Spaniard forecast a fight for the podium in Sunday’s Italian Grand Prix.

Having worked hard to find a set up that enhanced his hopes, two-time world champion Alonso qualified fourth on the grid behind outstanding pole-sitter German Sebastian Vettel of Red Bull and the two McLarens.

He said, “I’m happy with the result as it gives us a good chance for the race, to fight for the podium, to be in the fight at the first corner if we get a good start.

“The weekend has been complicated and we have never been fast enough. We have changed a lot of things in the car and so it’s been a weekend with a lot of work. And in the end, finding ourselves on the second row is the best news of all.”

Earlier, during his annual visit to support the team, Ferrari president Luca di Montezemolo appeared to give his backing to his current set up despite the fact Ferrari have won only one race this season.

Ferrari reportedly tried last year to persuade Red Bull’s Adrian Newey, considered the outstanding design genius of his generation, to head their technical department only for the Briton to reject the offer.

Montezemolo said his team did not need Newey to regain ascendancy in Formula One.

“I have a big opinion of Newey but I am pleased and happy with my technicians and pleased to have the best driver in the world that is Fernando and also pleased to see, particularly in the second half of this season, a good reaction from Felipe [Massa],” said Montezemolo.

With Red Bull dominating the championship and the McLarens not far behind it will now be up to Alonso to try and redress the balance.

He hinted he may not yet be ready to claim his first win since topping the podium at Silverstgone in July.

Alonso said, “I am confident that we can have a good pace in the race even if the weekend so far we were not extremely competitive. We struggled yesterday and we struggled this morning and in qualifying.

“The best thing is the result, and fourth gives you the possibility of fighting for the podium, fighting at the first corner but being realistic we do not have the pace so far.”

He added, “Sebastian did well today with a big margin for pole position, so tomorrow basically at the start we need to stop him.” — AFP