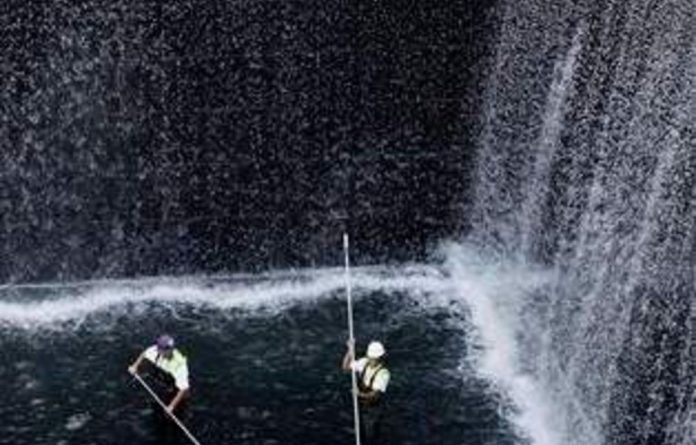 President Barack Obama on Saturday vowed that the United States would never waver in its fight against terrorism as Americans marked the 10th anniversary of the 9/11 attacks under the shadow of another terror threat.

“Ten years ago, ordinary Americans showed us the true meaning of courage when they rushed up those stair wells, into those flames, into that cockpit,” the president said in his radio and internet address.

“We will protect the country we love and pass it safer, stronger and more prosperous to the next generation,” he added.

Even as US intelligence agencies chased down what officials said was a credible but unconfirmed threat of an al-Qaeda attack around the September 11 commemorations, Obama assured terrorism would never win.

“Today, America is strong and al-Qaeda is on the path to defeat,” he said.

Terror threats
According to the New York Times, word of the plot was passed to US intelligence officers by an informer based in the border region between Afghanistan and Pakistan on Wednesday.

The informer said two American citizens of Arab ancestry had left Afghanistan, travelled through one or more other countries and reached the US as recently as last week, the report said.

The informer’s report included only a vague physical description of the two men, the paper said.

One plotter was described as five feet tall, the other five-foot eight. The first name for one was Suliman, which is common in the Middle East, the Times noted.

The informer also described a third conspirator but he appeared to have travelled to Europe, the report said.

‘Redoubling’ efforts
Former national security advisor Frances Townsend told CNN on Friday that US spy networks had been alerted to a new threat after intercepting communications from a known, reliable operative in Pakistan.

“It’s Washington or New York. A car bomb, three men. We know that one or two are US citizens,” she said, when asked about the specifics of the threat.

“The general outlines of the initial report are three individuals coming into the country” last month, a US official told Agence France-Presse, confirming the plot had links to militants in Pakistan.

Obama on Friday repeated his order for security agencies to “redouble” efforts to take all necessary precautions, his spokesperson Jay Carney said.

There have been no changes to his plans to attend Sunday’s ceremonies on at Ground Zero in New York and Shanksville, Pennsylvania. A memorial to the victims of United Airlines Flight 93 who died in that Pennsylvania field will be unveiled in a solemn ceremony on Saturday.

Homeland Security Secretary Janet Napolitano called on all Americans to remain vigilant and report anything suspicious, vowing to “protect the American people from an evolving threat picture both in the coming days and beyond.”

Memories remain raw of the day when al-Qaeda hijackers slammed three passenger planes into the World Trade Centre, destroying its iconic Twin Towers and the Pentagon in the nation’s capital.

A fourth plane crashed in a Pennsylvania field when the passengers valiantly overpowered the hijackers. Almost 3 000 people were killed that day in the worst attacks on American soil.

In New York, heavily armed police patrolled the busy streets, trucks and cars were stopped and inspected at vehicle checkpoints and bomb-sniffing dogs scoured the subway.

“I would say that people should be alert. I don’t think anybody should be panicked,” Senator Joe Lieberman, chairperson of the Senate Homeland Security Committee, told CNN.

The decision to go public with the information was “important because it alerts everybody to be on guard this weekend and be careful,” he added.

ABC television said the latest plot was ordered by al-Qaeda’s new leader Ayman al-Zawahiri, who has vowed to avenge the death of Osama bin Laden in a US raid on his Pakistani compound in May.

Interrogation criticisms
Former vice-president Dick Cheney defended the previous administration’s “war on terror” launched after the attacks and the use of tough interrogation techniques — denounced as torture by rights groups.

“Three people were water boarded, not dozens, not hundreds, three,” he said, insisting the interrogations provided valuable counter-terrorism information and had made the nation safer.

America’s response to 9/11 showed that when attacked, “we will come and get you,” Defense Secretary Leon Panetta warned Friday as he thanked the fire-fighters and emergency teams who rushed to the Pentagon after it was struck.

“The people who attacked us on 9/11 were trying to weaken America, trying to hurt America and instead they strengthened us,” Panetta said. “Because you don’t mess with this country”.

Former president George W. Bush will lay a wreath at the Pentagon in a private ceremony on Saturday and is also due to attend Sunday’s ceremonies. — AFP