African art in the Modern terrain 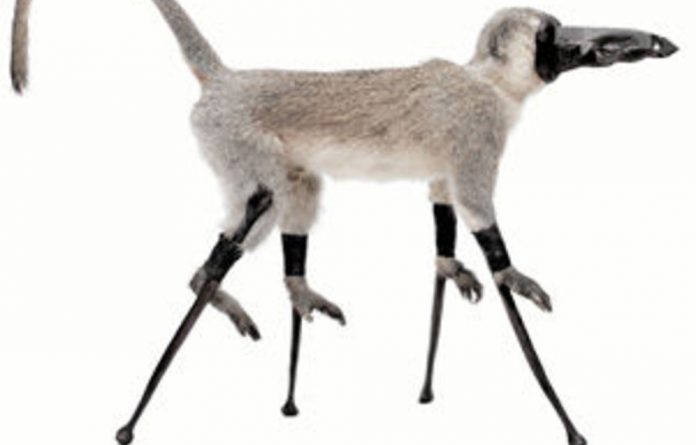 Contested Terrains, a new exhibition at the Tate Modern gallery in ­London that is co-curated with the Centre for Contemporary Art in Lagos, Nigeria, features sculpture and photography by four artists working in Africa.

The artists, Kader Attia, Sammy Baloyi, Michael ­MacGarry and Adolphus Opara, challenge and subvert the way in which cultural narratives are constructed.

Until recently at major international galleries African art had been something of a sideshow used, for example, to describe ­Picasso’s ­fascination with the African ­sculptural form. This exhibition of modern African art marks a break with the mainstream narratives on display in most Western art galleries and represents the first of three annual Tate projects focusing on modern African art.

The curators of Contested ­Terrains are Kerryn Greenberg from ­Durban and Nigerian Jude ­Anogwih. They have attempted to reposition African art away from being a mere footnote to Western art and to “push an African agenda”. In an interview, Greenberg said she and Anogwih were “doing well in that respect”.

Contested terrain is a common theme — a point of reference — when it comes to discussing African art, although this exhibition is really about exposing emerging contemporary artists. The curators wanted artists who were “conceptually engaged as well as aesthetically strong”, said Greenberg, and who “haven’t been seen in a London space”.

Originally carved from ivory, they have been recreated from warthog tusk and polyurethane for the show.

Imported symbols
The individual pieces are laid out in a display cabinet like skeletal remains, or perhaps a future archaeological find. A Mercedes sign, a golf tee and a champagne cork represent the acquisition of ivory as status symbol. An ivory knuckle-duster “indicates a certain kind of political coercion”, MacGarry said.

With The Ossuary, he aims to highlight how the acquisition of imported goods by elites is a drain on the economy and does not assist local production.

Another piece by MacGarry is ­Fetish VI, an AK-47 with nails driven into it, which resembles sculpture by the Nkondi people of the Congo River. Nkondi fetishes, studded with nails, in human or even dog form, protect people from evil spirits, and the AK also suggests violence and danger.

MacGarry, who describes some of his work as satirical and compares himself to a political cartoonist, presses all those buttons with his piece The Discreet Charm of the Bourgeoisie, a stuffed monkey on stilts with a nose made from quartz, which from a distance looks a bit like a beak. The work is about bourgeois consumption and perhaps the need to buy a quartz nose — or beak.

Emissaries of an Iconic Religion by Nigerian photographer Opara is a series of photographic ­portraits of four Yoruba priests and a ­priestess. Each is a custodian of an individual spirit deity, or Orisha, showing their symbols of authority and power. They are the deities of protest, defence and judgment, measles, destiny, and all good things. With this work, Opara is reasserting the importance of African systems of belief, setting straight misrepresentations spread by rival religions.

Reconstructing the present
Open Your Eyes by French artist Attia, who works in Algeria and Berlin, is an old-fashioned slideshow showing a series of early before-and-after-surgery photographs of soldiers from World War I.

The pictures are on split frames, with two photos on each slide. In one picture the soldiers have terrible face wounds — gaping holes in their cheeks or chins and noses and eyes are missing.

In the other frame a ­photograph shows how they look with glass eyes and steel plates, rebuilt after surgery. One theme is the limitations of repair.
Next, the wounded soldiers are juxtaposed with images of African masks that, with their contours and deep incisions, appear to mirror their wounds.

The masks are revealed on closer examination to have similar bits of metal and stitching holding them together, like the repairs to the human faces of these soldiers. With captions such as “the archaeology of the repaired body” and “the myth of perfection”, Attia’s metaphors are working overtime.

Congolese artist Baloyi’s ­photographs present a landscape of crumbling mine infrastructure. A Congolese ghost town is shown in vivid reds and yellows, with black-and-white colonial snaps superimposed on the foreground. In one image, a movie is being filmed alongside an imperial visit from former president Mobutu Sese Seko — a lost city with rusting iron and abandoned buildings rises out of the background.

The postcolonial theme appears to resonate with Western art audiences, whether because of guilt or a timely rediscovery is hard to say. But a new fund created by the Tate ­Modern to acquire more African pieces and the appointment of a curator ­specialising in African contemporary art is a foot in the door.