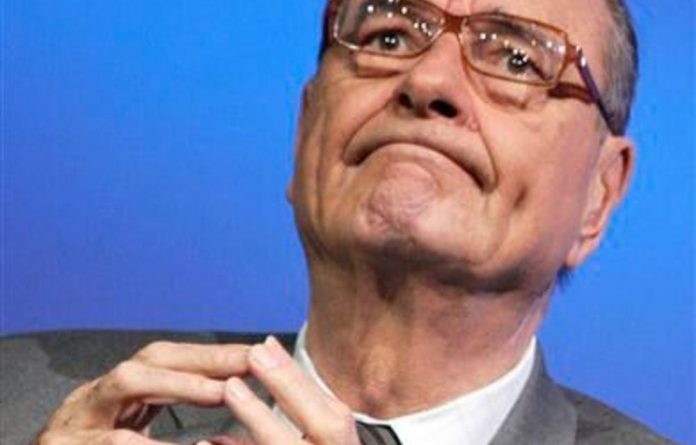 Villepin, a potential candidate in next year’s presidential election, denied the allegations which claim to shed new light on the French political establishment’s often shady relationship with former colonies in Africa.

Robert Bourgi, a lawyer with a network of African contacts who advised Chirac and Villepin before changing camps in 2005 to aid now President Nicolas Sarkozy, made the allegations in France’s Journal du Dimanche newspaper.

Bourgi said he “took part in handing over several briefcases to Chirac in person at Paris city hall” when the future president was mayor in the 1980s and 1990s.

“There was never less than five million francs. It could go up to 15 million,” Bourgi said, giving a detailed account of how Chirac would offer him beer while allegedly putting away the bundles of cash.

“I remember the first handing over of funds in Villepin’s presence. The money came from Marshal Mobutu [Sese Seko], president of Zaire [now Democratic Republic of Congo].”

“It was in 1995. He had given me 10 million francs that Jacques Foccart gave to Chirac,” Bourgi said, referring to his predecessor who was president Charles de Gaulle’s point man for Africa and then briefly also for Chirac.

Bourgi said the money handed over amounted to “several million francs a year. More during elections”.

“In the run-up to the 2002 presidential campaign [won by Chirac], Villepin asked me outright ‘what steps to take’.”

There, they handed over around 10 million dollars for the 2002 campaign, he alleged.

Villepin strenuously denied the allegations, “This is all just nonsense and smokescreens,” he told the newspaper.

Bourgi said that since he started working for Sarkozy he had no longer brought in cases of African cash, although another former African advisor to Chirac, Michel de Bonnecorse, denied this.

He told Pierre Pean, who also interviewed Bourgi for his new book Briefcase Republic, that Bourgi himself had in 2007 dropped off a large briefcase at Sarkozy’s feet when he was interior minister.

Chirac (78) was last week excused from attending his corruption trial over alleged ghost jobs created during his time at city hall. His doctors said he was afflicted by memory lapses.

Judges will this week also rule on Villepin’s involvement in the Clearstream affair dating back to 2004 in which Villepin is accused of smearing his bitter rival Sarkozy.

Villepin, a suave diplomat best remembered for leading the charge against the Iraq war at the United Nations in 2003, was cleared of all charges in a first trial that ended last year. — AFP