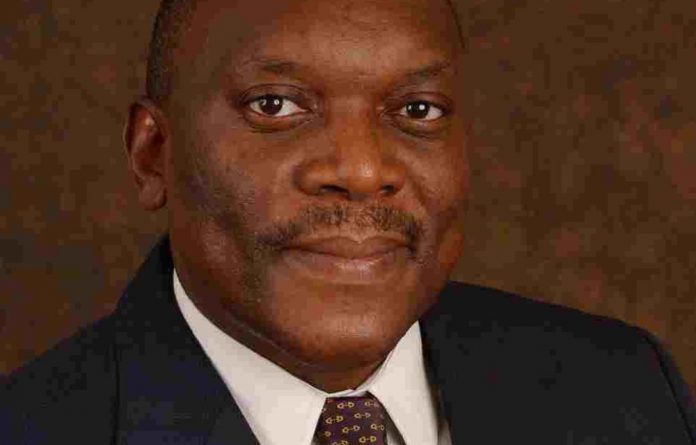 Media reports said the SSA announced the resignation of Gibson Njenje, head of the domestic intelligence gathering service on Friday. The Sunday Independent said his resignation was linked to the succession battle in the ANC.

The Sunday Independent quoted Njenje as saying that he had not resigned. The state security ministry was not available for comment.

“I am planning to go to work on Monday. I am in talks with the minister about things that I can’t talk about. But I am not aware that I have resigned.”

City Press reported that Cwele had asked secret service boss Mo Shaik and the head of the SSA, Jeff Maqetuka, to quit but said they had refused and sought legal advice.

According to the Sunday Independent, Njenje, Shaik and Maqetuka recently complained to President Jacob Zuma about difficulty in their relationship with Cwele.

Njenje is reported to have been unhappy about “unauthorised” operations that flew in the face of his efforts to ensure that the NIA is not exploited for political purposes.

The ANC is due to elect a new leader at a party conference in December next year and the party’s king making youth league has already said it will not support Zuma for a second term.

Zuma is at loggerheads with ANC Youth League leader Julius Malema, who was locked in a party disciplinary hearing on Sunday which could see him expelled for sowing divisions and bringing the organisation into disrepute.

The Sunday Independent said Njenje’s relationship with Zuma and Cwele had been acrimonious for several months over the direction of domestic intelligence gatherings ahead of the ANC conference.

This included allegations that some ministers and other people involved in the ANC succession race had been put under surveillance, the newspaper said.

Cwele’s relations with Njenje, Maqetuka and Moe Shaik — who is close to Zuma and heads the foreign intelligence agency — soured after the minister ordered officials to provide security for his wife Sheryl during her drug dealing trial which concluded in May, City Press reported.

Sheryl Cwele was sentenced to 12 years in prison after being found guilty of dealing drugs and enlisting drug mules who would travel abroad and bring back cocaine. She remains out on bail pending an appeal.

Give us the letter
The Democratic Alliance asked Cwele for a copy of Njenje’s resignation letter, following the reports.

DA spokesperson Dirk Stubbe said he had asked the minister “to fully explain what is going on” in the department.

“If Mr Njenje has indeed resigned, he must go quietly so that the department can get on with its job of protecting state security. If Mr Njenje has not resigned, then the minister is lying and it is he who should resign,” he said, adding that a copy of the resignation letter would resolve the impasse.

Stubbe said he would also ask Cwele to explain allegations of illegal surveillance of ministers and reports that the ANCYL had “unfettered” access to state security information.