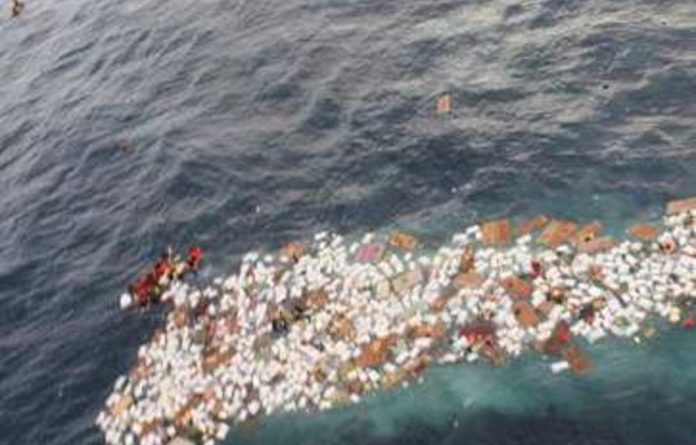 Zanzibar on Sunday vowed stern punishment for those responsible for overloading a ferry that capsized off the coast of east Africa, killing nearly 200 people.

Rescue boats, helicopters and divers searched for any remaining survivors but hopes of finding anyone alive in the submerged wreck have faded fast.

“We will continue to look for bodies but there is no more hope of finding people alive. We are looking for the bodies so they can be buried,” police spokesperson Mohamed Mhina said.

“Bodies which have been able to be identified yesterday [Saturday] have been buried, some of them during the night. Those who could not be identified have been buried with dignity by the government,” Mhina said, explaining that the rapidity of the burials was in accordance with Islam, the religion of the overwhelming majority of the population on Zanzibar.

He added that the morgue in the main hospital on Unguja, the biggest island in the archipelago, was not big enough to deal with a tragedy on this scale.

Worst disaster ever
Zanzibar minister of state Mohamed Aboud Mohamed told a news conference the death toll from Saturday’s disaster was 197 with 619 survivors — meaning the MV Spice Islander was loaded with 200 people above what it was licensed to carry.

“The government will take stern measures against those found responsible for this tragedy in accordance with the country’s laws and regulations,” he said. “We will not spare anyone”.

The accident is the worst maritime disaster in the history of Zanzibar, Tanzania’s semi-autonomous archipelago and popular tourist destination. In 1996, a Tanzanian ferry sank on Lake Victoria with as many as 1 000 aboard. Only 114 survived.

The government charged the captain and eight officials with the murder of 615 people.

Overloaded
The MV Spice Islander began its voyage in Tanzania’s commercial capital, Dar es Salaam, where it was loaded with passengers, motor vehicles, bags of food and cement and other building materials.

When it reached Zanzibar, also known as Unguja, it took on more passengers and cargo for the trip to the archipelago’s smaller island of Pemba.

“According to what we’ve heard so far from survivors, the ship was overloaded with cargo from Dar es Salaam, which included several vehicles, cement and iron rods,” Police Commissioner Mussa Alli Mussa told Reuters.

Some passengers realised they were in danger as the ferry started to tilt while still in the port and tried to get off. A few succeeded before the crew pulled up the ladders so the ship could depart.

“Preliminary investigations show the cause of the accident was overloading as the vessel passed in heavy tides,” said the state minister — adding that the ship’s captain was missing but the chief engineer was being questioned.

South Africa international relations department spokesperson Clayson Monyela said national defence force teams were in Tanzania to help with the rescue and navy corvette SAS Mendi was already on its way to the east African country.

Special prayers
Rescue workers admit it is unlikely they will find anyone alive but expect to recover more bodies. Crowds of relatives and onlookers gathered in Stone Town on Sunday morning to await news of passengers still missing.

Zanzibar’s President Ali Mohamed Shein will lead special prayers on Monday night to honour the dead at the Maisara grounds where the bodies were placed a day earlier.

Zanzibar residents said ships on the Unguja-Pemba route are notoriously overcrowded but few are inspected for safety.

“First of all, the person to be blamed is the government, the whole government of Zanzibar … they are still not serious, they need to resign now,” said Safia Juma, who lost relatives in the accident.

“I think the blame lies on the operators of the vessel, these things have tonnage limits. We know that he had overloaded the vessel from Tanzania to Zanzibar,” said Zanzibar resident Ali Uledi.

Mussa said on Saturday more than 500 people were on the ship’s manifest. According to the registrar of Zanzibar’s seafaring vessels, the ferry was licensed to carry 600.

Four hours after the ferry left on Friday, Abuu Masoud got a call from relatives as the ferry started to sink. They were among those who perished in the fast Indian Ocean currents.

“At around 3am, they told us the vessel had tipped over and they were standing on its back waiting for assistance,” said Masoud, who lost seven relatives in the accident.

“They told us there were about 25 to 30 of them who were left standing on the ship. At around 4am, their phones were not reachable and we haven’t seen or heard from them since.” — Reuters, AFP

Inclusive education is the future

With a deeper understanding of the problems, excluding children with disabilities can cease
Read more
Africa

Forgotten by history, the ancient city of Rhapta is among Africa’s most enduring archaeological mysteries
Read more
National

Foreign-owned ships registered in Tanzania have been caught smuggling drugs and arms. The country’s president has had enough
Read more
Friday

“In our diversity we find common destinies, shared histories; we celebrate what defines us as a group and as flowers of this rich garden of peoples."
Read more
World

South Korea has indicted for homicide the captain and three crew members of a ferry that killed more than 280 passengers when it capsized.
Read more
Advertising
Continue to the category
Politics