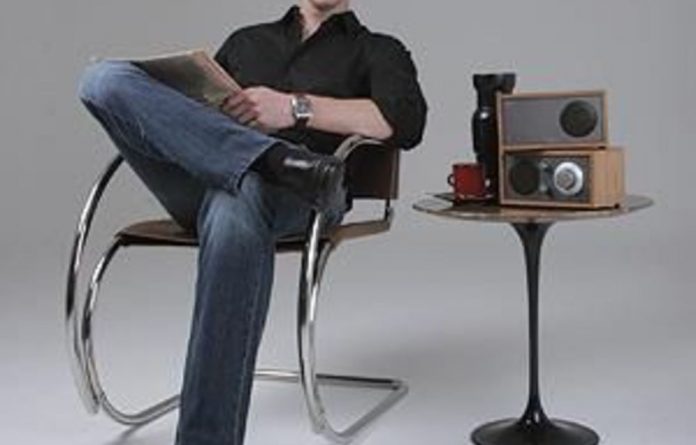 Gareth Cliff, arguably one of South Africa’s most noisome broadcasters, has been reported to the Broadcasting Complaints Commission (BCCSA) after allegedly making sexist comments during a 5fm broadcast. During an interview with Angela Larkan, a young woman who started an organisation that cares for Aids orphans, Cliff commended her work, and allegedly said that “girls of 22 usually do nothing but lie on their backs with their legs open”.

eThekwini Democratic Alliance councillor Tex Collins, upon hearing the comment, made the complaint. He explained to Durban’s Mercury newspaper that “he sends out the message that every young girl is nothing but a prostitute and a whore”.

Cliff’s manager Rina Broomberg denied that he had made the comments, saying: “No, no, I would have noticed and yelled at him”, which, rather unfortunately, was soon contradicted by Cliff himself. In a statement on his blog, he wrote “I made the comment that either ‘so many’ or ‘most’ 22-year-olds are more interested in lying with their legs open.”

He went on to call the complaint “spurious” and “a deliberate attempt by a minor politician and newspapers to make a mountain out of a molehill”, and detailed the reasons the BCCSA complaint would probably be dismissed. The lady doth protest too much, methinks.

It’s not the first time a South African DJ has been in trouble for comments made live on air, in real life, or broadcast to thousands of Twitter followers. After all, these people are paid to talk, not to think.

Off the edge of the Cliff
Beyond his regular 5fm and Idols audiences, Gareth Cliff remains the most followed South African on Twitter, with supporters that seem quick to defend his every word. This certainly was the case when he tweeted after the death of Dr Manto Tshabalala-Msimang in 2009: “Manto is dead. Good. A selfish and wicked bungler of the lowest order. Rotten attitude and rancid livers — all three of them”.

The Twitterverse responded with both praise and disgust. Many supported his stance, citing Tshabalala-Msimang’s failures when it came to providing antiretrovirals, while others attacked Cliff for not respecting the feelings of the former health minister’s grieving family.

Then-YFM DJ Sbu responded by tweeting, “Gareth my brother, av lost family members 2 HIV/Aids too didn’t agree wit a lot of her decisions but after her passion u tweet tht, ur an ass”.

Cliff also stirred up some short-lived controversy with an open letter to the government that he published on his website, which led to a meeting between the DJ and presidential spokesperson Zizi Kodwa, where the pair seemed to avoid talking about any of the issues Cliff had raised.

Perhaps Kodwa realised that passing judgments on wannabe pop stars doesn’t qualify one to pass judgment on presidents. There are many more examples, but, to save time, go to the blog post in which he apologises for the offences he has caused over the years, and, perhaps in a stunning moment of clarity, calls himself an “attention-seeking moron”.

On the other hand, Darren
It didn’t take long for a racial slur, said “in anger” against a fellow Jacaranda 94.2 employee, to look like it would put an abrupt end to DJ and SuperSport presenter Darren Scott’s career.

Scott has resigned from his job at the station, and has taken leave from the sports channel (meaning he will not be anchoring the Rugby World Cup coverage). The incident took place, ironically, at a team-building function at a private game lodge, when an inebriated Scott was approached by colleague Africa Tshoaedi.

Scott, angry about the fact that Tshoaedi had not paid back money he had borrowed, called him the k-word. Colleagues apparently tried to defuse the situation, but the damage had been done.

Scott has since expressed remorse about the incident, and has said that there is no excuse for his behaviour, even commenting, as have many others, that even though he denies being a racist, the use of the word may be indicative of racist feelings that he needs to address.

Whether this earnest self-examination will go any way to restoring his image remains to be seen but, for now there will be more than a few cringes whenever Scott’s name and face come up in the SuperSport ads for the World Cup coverage. As one viral tweet put it: If only Scott had called him a c*nt instead.

Casting the first stone?
It’s never a good idea to say something offensive about someone who is considered by many to be a national hero. This is the lesson that ex-Kaya FM DJ Phat Joe (Mojota Khambule) learnt when he made comments on his morning show about Caster Semenya.

Asking listeners to call in and comment on an unverified report carried by an Australian newspaper that claimed that gender tests had revealed that the world champion athlete was a hermaphrodite, the DJ commented: “Does this mean that at this point she has never had a period? To some extent, she should have known that something is not 100% right, she was still waiting for her period perhaps?”

He also said: “Did she cheat when she left those women behind in Germany? Why is it possible that she could not have known that she is not 100% female?”.

The comments angered many listeners who felt that the teenager had already been treated insensitively by the media, and called in to complain that the DJ was revealing his ignorance about the issues at hand. When questioned about his use of certain terminology, he replied “What is the difference between testes and testicles? Let’s say she has testes, what does that mean to you? Does it mean she is a man or a woman? She is either a natural phenomenon, or something is wrong and something should be fixed.”

He was immediately suspended for his comments, and then fired. Asked for comment after the incident, Khambule said: “I’m going to keep my opinion to myself” — for which we are all eternally grateful.