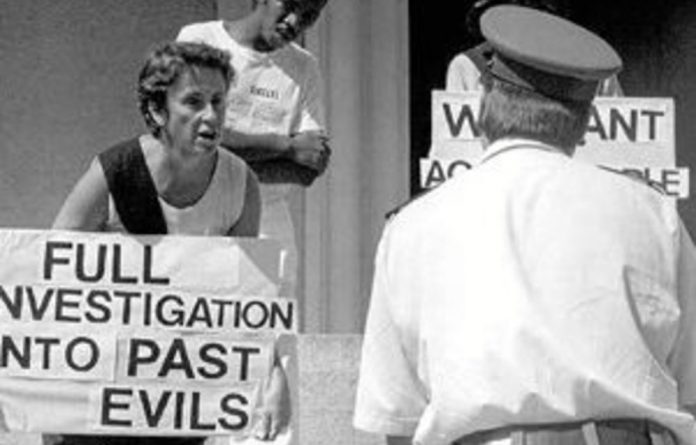 The recent discussions of white privilege by Desmond Tutu, Samantha Vice and Eusebius McKaiser (Mail & Guardian, September 2) have drawn the ire of many white South Africans. In their angry responses, many deny that white people in post-apartheid South Africa can correctly be described as privileged, or even that the apartheid past substantially privileged white South Africans.

For example, in the FW de Klerk Foundation’s dismissal of Vice’s views, the authors claim that “A substantial proportion of whites cannot be described as being ‘privileged’ at all. The vast majority have acquired whatever wealth they have through the same means as their counterparts throughout the rest of the world: through hard work and enterprise.”

This view entails a peculiar interpretation of history and profound blindness to what is meant by Vice, Tutu and others when they speak of white privilege. It is an undeniable fact that the apartheid regime favoured white people: some jobs were reserved for white people, land was taken from blacks and given to whites, government subsidies were given to white farmers, white children received superior education, and the list can continue.

These privileges are passed down generationally. A white child born today is more likely than a black child to be born to educated, employed parents who have the resources and capacity to provide the child with a stimulating and healthy upbringing.

But the idea of white privilege refers not only to the concrete, material advantages given to white people at the expense of black people, but also to the systematic validation of whiteness, to the presentation of white people and of features or characteristics associated with white people as normal or desirable. Living under apartheid eroded the dignity and confidence of blacks while simultaneously providing affirmation for whites.

While the post-apartheid era removed the systematic official privileging of white people through government policy, white people not only continue to benefit from the legacy of past privileges, but also continue to benefit as a result of the persistence of more subtle kinds of white privilege. As Vice puts it: “We [white people] move easily about a world made in our own image, validating our own values and beliefs, and sustaining our own comfort, unimpeded by the kinds of structural and systemic challenges black people face daily”.

Perhaps some examples will help make clearer some of the more subtle privileges white people enjoy.

When I, as a white woman, enter a shop, the security guard does not single me out as a likely shoplifter. When I am making calls to find a place to rent, my accent and name are unlikely to result in the property owner pretending that a tenant has already been found. All the local schools are happy to have my white son. I am not afraid that if I set off the burglar alarm at my house, the security guards will arrive and arrest me. My students don’t question my credentials when I arrive to give them a lecture, nor do they suspect me of being an “affirmative action” appointment. If I make a mistake at work I do not worry that my mistake will confirm a stereotype others have of people of my race. I am given the benefit of the doubt. People call me “ma’am”. In countless ways, every day, my decency, honesty and propriety are assumed, making it easier for me to move confidently and smoothly through my day.

When we speak of white privilege and when we say that white people were — and indeed in many ways continue to be — privileged, we refer not only to concrete benefits, but also to these more subtle ways in which white people are affirmed and black people denigrated both in South Africa and in many other places.

We live in a country where, according to the Institute of Justice and Reconciliation’s Transformation Audit, the per capita income of black people is only 15% that of white people. Of course, there are poor whites and rich blacks, but white South Africans are on average much, much wealthier than black South Africans. The FW de Klerk Foundation — and countless other white commentators — insists that this is a result of white people’s “hard work and enterprise”.

White people are then, presumably, more hard-working and enterprising than their far poorer black fellow citizens? If one believes this, then surely one believes white people to be superior to black people? Why then continually insist, as the FW de Klerk Foundation does, that they are the non-racists, while Tutu and other people who believe these inequalities have their roots in past injustices, are racists? Isn’t a racist someone who believes, explicitly or implicitly, one race group to be superior to another rather than someone who insists on speaking about racial inequalities in the interests of trying to reduce them?

To be clear, I do not deny that many white people work very hard. Nor am I suggesting that everything every white person possesses has been acquired unjustly. Nor do I mean to suggest that only white people are guilty of exploiting or oppressing others. But I insist, along with Vice, Tutu and others, that if we are to work for a just and equitable South Africa, white South Africans need to be honest about how we have benefited from the injustices of the past. As Vice suggests, feeling shame about the way in which we have benefited from and been complicit in injustice is appropriate. And as Tutu suggests, healing in South Africa requires that those who have benefited from injustice be willing to make reparations.

Academic Samantha Vice has caused a storm of controversy with her thoughts on white shame in South Africa. Read the reactions. View our special report.