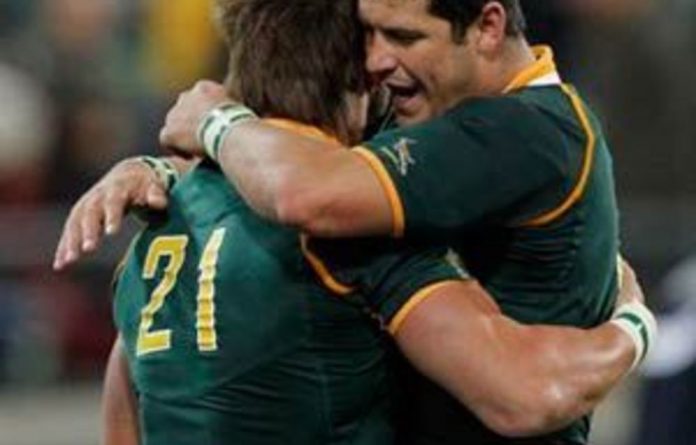 Roberts said both players will be out of action for 10 days, which means they will miss this week’s match against Fiji and possibly the following week’s contest against Samoa.

“Jean picked up a grade-one rib cartilage sprain and it was more of a precaution and we didn’t want to make it a lot worse on the field,” said Roberts.

Victor started feeling his hamstring tightening up and with a long tournament ahead we decided to pull him off to protect that hamstring.”

The most serious injury concern in the Springbok squad remains the Achilles tendonitis, which lock Bakkies Botha is struggling to recover from.

Roberts said that Botha’s recovery is not going according to plan.

“He hasn’t responded as well as we anticipated, we are still working on it and we haven’t made a decision … on how we are going to continue with him at this stage,” said Roberts.

Bok coach Peter De Villiers would not divulge whether a replacement will be called-up to replace Botha.

Asked when a final call on Botha’s fate will be made, De Villiers said: “Sooner rather than later.”

Should the 74 cap veteran not be sent home, either Bulls lock Flip van der Merwe or Stade Francais’, Gerhard Mostert could be asked to join the team.

The Springboks enjoyed a day-off on Monday and would resume training on Tuesday. — Sapa