The cost of justice: Was Bees Roux let off lightly? 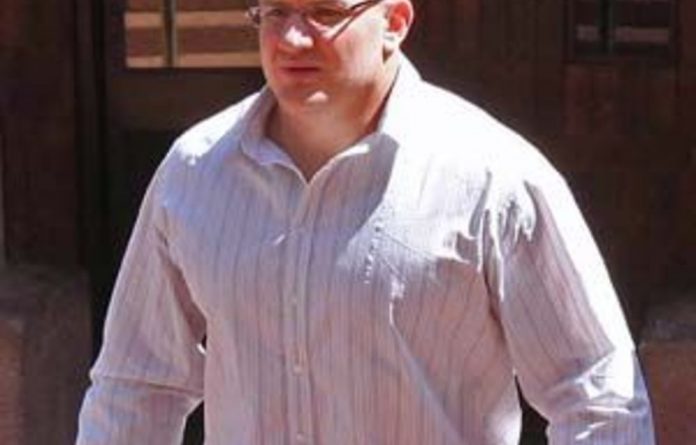 There was nothing untoward with Jacobus “Bees” Roux paying compensation to the family of the man he killed and not serving any jail time, legal experts said on Tuesday.

Roux walked out of the North Gauteng High Court a free man on Friday after being given a suspended sentence for culpable homicide and drunken driving after the defence and prosecution in the case entered into a plea bargain agreement.

This was after he was originally charged with murdering Tshwane Metro police officer Sergeant Ntshimane Johannes Mogale in August 2010.

Judge Nomonde Mngqibisa-Thusi sentenced Roux, in accordance with the plea agreement, to five years imprisonment with a conditional suspended sentence also of five years, provided that he pay R750 000 compensation to the family of the man he killed.

It might seem puzzling to some that the Blue Bulls rugby player escaped jail time after killing someone by beating him to death — and paid a monetary fee in the process — but experts say this is fairly standard legal practice.

“Restorative justice is about making things right. This includes making sure that both parties have reached a mutual understanding through which all respective needs have been fulfilled,” Mike Batley, director of the Restorative Justice Centre told the Mail & Guardian.

Roux faces immediate jail time should he transgress and be found guilty of any violent crime in the future, but Batley said he did not believe prison would have been the answer in the case.

“From a punitive perspective it is fully understood that due to the life lost, the individual accountable for creating this circumstance should be punished and go to jail. However, legal matters are of a dual nature. From a pragmatic perspective we must ask ourselves, ‘Is the accused truly a threat to society?’.”

Abiding by the law
The law governing the decision handed down by the court is the Criminal Procedure Act 51 of 1977, which contains a specific subsection entitled section 105 A which concerns plea bargains.

The Act states that amicable solutions can be found to serious criminal matters, provided both the plaintiff and defendant agree.

“The complainant has to accede, so if they [Mogale’s family] think it’s a valid punishment, who has the right to doubt that?” said advocate Johan Gaum.

This thought was echoed by Professor Petro Swanepoel of the University of South Africa’s department of criminal and procedural law, who maintained that the court’s decision was not without valid and legal justification.

“The plea bargain would not have been considered by the court had the plaintiff’s defence not acknowledged and accepted it,” Swanepoel said.

Furthermore, Swanepoel argued, compensation was a desirable outcome to the plaintiff’s case as it provided a means of sustaining the family.

“The family no longer had a source of viable income due to death of Johannes Mogale, who was the family’s main breadwinner,” she said.

Advocate Gaum further contested that although R750 000 might come across as an excessive amount and seem like it was used to “pay off” the Mogale family, the figure was more than likely decided in accordance with Roux’s ability to pay.

“The amount set down is probably that which he can afford — nothing more and nothing less. An indigent person would possibly be tasked with paying R50 — which is equivalent to what they can afford,” Gaum said.

A new trend
Attorney Rudi Krause, senior director at BDK attorneys and Roux’s legal representative during the case, said he believed the decision was indicative of a growing trend of “restorative justice”.

“In the recent past there has been a considerable shift away from pure retribution and deterrence. In the past a criminal act carried with it mandatory consequences but recently I have dealt with several cases in which the impact of the offence on the victim and those concerned is actively inquired after by the courts,” Krause said.

Krause suggested that the previous approach had led to congestion in South African correctional facilities, which was estimated to be at 139.9% of capacity in 2009, according to the International Centre for Prison Studies.

Justice served
“It is wrong to suggest that it was the offer of R750 000 that led to him ‘buying justice’,” Krause added.

Batley agreed that justice and the Mogale family would not have been served if a plea was not entered into by both parties.

“If there had been reason to send Roux to jail, the family would not have received any form of compensation and the taxpayer would have paid the price for Roux term in jail,” he said.

Mogale family spokesperson Richard Taukobong said that while the money would never bring Johannes back, it lessens the hardship the family will suffer in the future.

“We are not in jubilation about this,” he said. “But if this money will help the widow in raising her children, that will be welcomed. What we are concerned about as the family is to move on with our lives and put this painful chapter behind us,” — Additional reporting by Sapa