SA’s Olympic dreams have a Banyana! 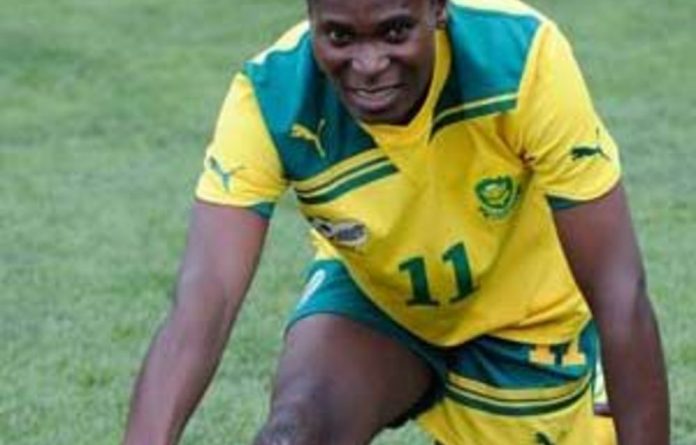 Banyana Banyana will do well at the London Olympics in 2012 if their support and interest from fans continued to rise, says team captain Ayanda Dlamini.

“We are so grateful for the support but the tough times are still to come. We need support so much more now than before and I hope our fans will be with us during the preparations for the Olympics and the tournament itself,” Dlamini told the Mail & Guardian on Wednesday.

The team recently assured their maiden qualification for the global showpiece as one of only two eligible African nations, with a 4-1 aggregate win over Ethiopia after a 1-1 draw in Addis Ababa last Sunday.

Either Nigeria or Cameroon will join Banyana after they play for the final qualification spot on October 22.

Often seen as the ugly sister of their popular Bafana counterparts, Banyana have undergone a renaissance of sorts, since the arrival of coach Joseph Mkhonza.

After replacing Augustine Makalakalane under a cloud of controversy in late 2010, Mkhonza set about building on the platform set by his predecessor.

On the back of achieving third place at the 2010 Women’s African Football Championship on home soil, Mkhonza led the team through the tricky qualifying process, winning against Zambia and Tunisia before dispatching the Ethiopians.

“This was our goal after we failed to qualify for the World Cup. We set our sights on the Olympics and we put all our energy into getting there,” said team manager Zanele Khanyile.

Searching for support
Although this was a major coup for women’s soccer, one question still remains: Will women’s soccer ever be as popular as the men’s version of the game?

If any male striker had the prowess Banyana star Noko Matlou showed by scoring 51 times in 62 appearances for the national side, he would be fêted as a hero across the length and breadth of the country.

But if one were to ask a soccer fan who Matlou is, and compared their response to asking what Mamelodi Sundowns and Bafana Bafana striker Katlego Mphela is famous for, it would quickly become clear that even cult status is denied the stars of women’s soccer.

Quite the contrary, women soccer players in South Africa struggle to make a career out of something they excel in.

For instance, while Matlou has been showered with rewards such as the 2009 African women’s footballer of the year and bangs goals in as she pleases, she still battles to find a lucrative offer to play overseas.

But Banyana are not about to let such things distract them from her game.

“You have to realise the men started from somewhere too, they didn’t always have the support they have now,” said Khanyile. “We are happy with our recent progress and from here we want to build and get more supporters and recognition, which will lead to more sponsors and that will help the team overall.”

Playing a good game
Dlamini said the only way of attracting sustainable support for Banyana Banyana was to keep on winning.

“It is a hard thing to accept, but we know the only way we are going to get through this and attract more fans is if we play good football and win games,” admitted Dlamini.