Injured Carter out of All Blacks’ clash with Japan 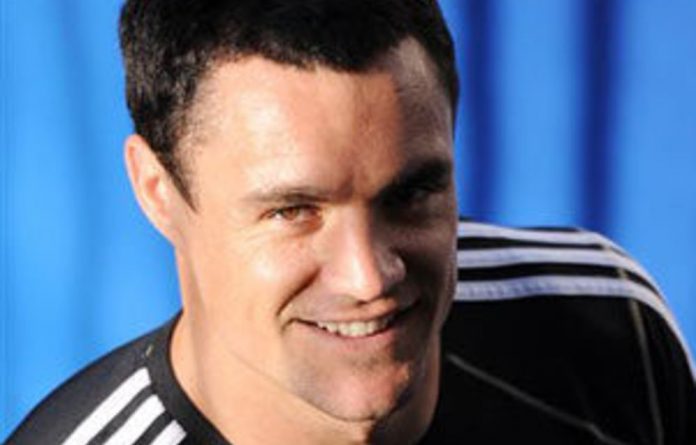 All Blacks’ star fly-half Dan Carter has pulled out of the side to play Japan in their World Cup clash on Friday after failing to overcome a sore back.

Carter was named in the side announced early on Wednesday despite being unable to train freely since the All Blacks opening match against Tonga last Friday.

“The key thing is that Daniel had been recovering well from a stiff lower back. However, he pulled up sore at an indoor training session this morning so we have made the decision not to risk him for the Japan match,” said team doctor Deb Robinson.

“We will aim to have him back fully training next week in preparation for the France Test.”

Carter has been replaced in the starting line up by Colin Slade for the match at Waikato stadium with halfback Jimmy Cowan coming on to the bench, and Piri Weepu providing cover at fly-half.

Meanwhile, the New Zealand government said on Wednesday it was taking control of the Auckland waterfront to ensure there was no repeat of the crowd chaos that marred the Rugby World Cup’s gala opener last week.

Public transport in New Zealand’s largest city was overwhelmed when 200000 people crowded into the downtown area last Friday, leading to about 2000 fans missing the opening ceremony and the first match between New Zealand and Tonga.

Fans complained of being stuck in hot, crowded train carriages for hours, prompting an apology from Prime Minister John Key earlier this week.

“We need to make sure that none of the criticisms that were made about last Friday night arise this weekend,” he told Radio New Zealand.

“Frankly, it would be irresponsible, based on that experience, not to.”

Eden Park is the anchor venue for the six-week tournament, scheduled to hold another 10 matches during the event, including both semi-finals and the final.

McCully said the crowds that thronged into Auckland for the World Cup opener were unexpectedly large but the government’s plans would ensure the city centre could cope if similar numbers turned up again.

“We’ve been victims of our own success here, in attracting a significantly larger crowd downtown than was anticipated,” he said. — AFP