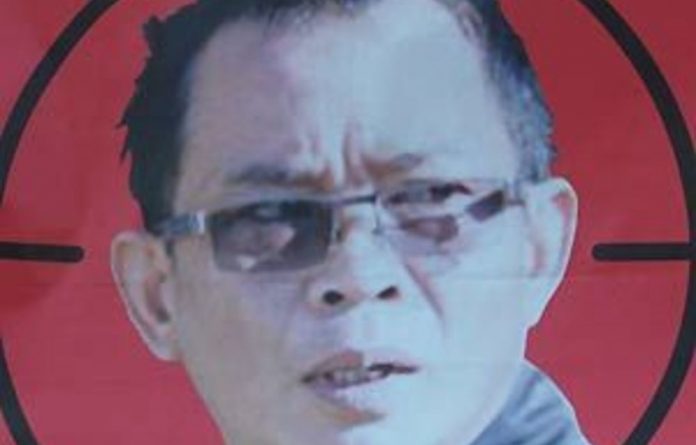 Chumlong Lemthongthai, the man accused of being behind a lucrative rhino poaching syndicate, was again denied bail as his case was postponed until November 8 in the Kempton Park Magistrate’s Court on Thursday.

Lemthongthai, a Thai citizen, is accused of leading a group of poachers who have traded at least 40 rhino horns and placed an “order” for 50 more to be supplied over the course of the year.

The group allegedly hired Thai prostitutes to pose as hunters, using legitimate permits to hunt rhinos across the country.

Lemthongthai, along with five other “hunters”, was arrested in July this year.

The state charged Lemthongthai with fraud and contravening the Customs and Excise Act, saying he had been involved in the killing of 26 rhinos, after which he sold their horns for R65 000 per kilogram.

When Patthama-Sukhon eventually arrived, an argument ensued between state prosecutor Allen Simpson and Lemthongthai’s attorney, Alwyn Griebenow over the merits of bail.

Mhlari decided to continue withholding bail, saying he felt Lemthongthai could still be a flight risk. He added bail could be decided upon when the matter moved to a higher court after a trial date had been set.

Cutting a haggard figure in court, Lemthongthai was led away to the holding cells after being brought up to speed on the status of the case by his interpreter.

Voice of protest
About 50 protesters gathered outside adjacent to the court, brandishing placards and shouting slogans, expressing their pleasure at the decision not to grant Lemthongthai bail.

“People are abusing the system for the sake of making money. We cannot be the prostitutes of the Asian world. We are here to protect the rights of our animals,” Miranda Jordan from the People for the Liberation of Animals said to the Mail & Guardian.

A group dressed in Democratic Alliance (DA) T-shirts were among the protesters, but vehemently denied politicising the issue.

“We respect what’s going on inside that court but we are protesting against the corrupt officials who are granting the licences to people like Lemthongthai,” Gary Scallan, a DA councillor in Daveyton said.

To date, no one from the department of environmental affairs — the body responsible for issuing hunting permits — has been formally charged relating to the case against Lemthongthai.

Recent figures indicated that at least 60 of the over 200 rhinos killed in South Africa this year were part of authorised hunts sanctioned by provincial conservation bodies.