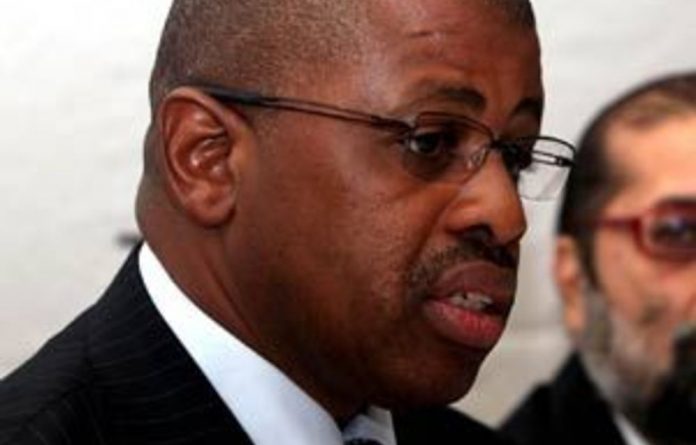 A medical supplies company says it is owed more than R1-million by the Gauteng provincial government and does not know when it will be paid.

The company owner told the Mail & Guardian on Thursday that the Gauteng Shared Services Council (GSSC), which pays hospitals, used to reimburse it weekly.

“In the past we were given times when payments would be made but now we are actually not quite sure. We think the next [payment] run is only probably October. There is no money coming through,” said the owner.

“The people inside GSSC don’t know when the next payment run is going to be,” the supplier said.

The medical company’s owner asked to remain anonymous for fear of losing out on business from the government. He said that he needed the province to pay its bills so that he could continue to provide hospitals with essential supplies.

“Up until now we have not stopped supplying government hospitals, but at some point I won’t be able to finance the government anymore. That’s what it boils down to.”

Severe consequences
Gauteng Democratic Alliance spokesperson Jack Bloom said on Thursday that he had written to the auditor general to complain about the Gauteng health department. He said that it “almost never pays companies on time, with severe consequences, as some suppliers are stopping the delivery of essential goods and services to hospitals”.

On Wednesday Bloom phoned 30 medical companies listed as suppliers to the department.

“I phoned 30 and found that 25 had not been paid for more than a month. Five companies chose not to comment,” Bloom told the M&G. He said some businesses had been waiting over a year for payment.

Bloom has asked the auditor general Terence Nombembe to intervene and rectify the situation.

Treasury regulations require payments be settled within 30 days from receipt of an invoice, he said.

The auditor general was unavailable for comment despite repeated calls made to his spokesperson.

‘Thirty days’
“Gauteng premier Nomvula Mokonyane has stated many times that departments must pay within 30 days, but this provision is constantly flouted by the Gauteng health department,” Bloom said.

“It is utterly unacceptable that the Gauteng provincial government fails to pay companies on time. My estimate is that more than R200-million is owed to medical supplies companies alone,” he said.

The Gauteng health department did not return numerous calls made to them but spokesperson Simon Zwane told the South African Press Association earlier on Thursday: “When payments to suppliers are delayed, they continue to provide stock to hospitals … We work out an arrangement with them where they agree to a delayed payment.”

Zwane said the department was spending about R300-million a month to pay suppliers.

Bloom said that the Chris Hani Baragwanath Hospital had run out of certain antibiotics but the hospital later denied it.

In both July and August the company reported it had not been paid what it was owed by the Gauteng health department, despite an intervention earlier this year by Health Minister Aaron Motsoaledi.

However, on Thursday Necsa communications manager Elliot Mulane said it had received more than R1-million owed, at the end of August. However, Necsa was still owed money by the Gauteng government.