Sadtu does U-turn on shutdown threat 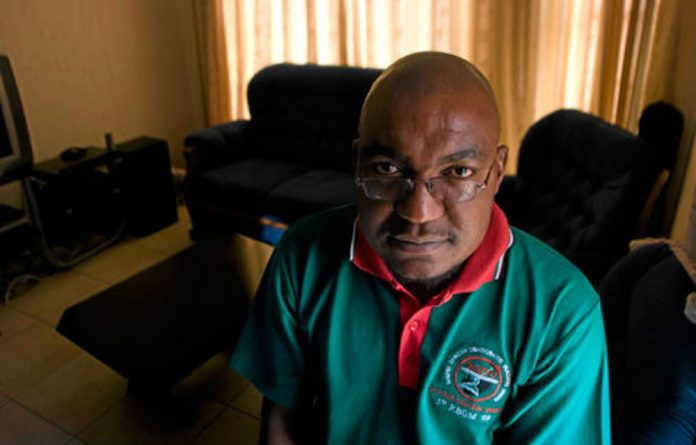 The South African Democratic Teachers’ Union (Sadtu) has backed down from its threat two weeks ago to shut down Soweto schools if one of its officials, Moss Senye, suspended as principal of Meadowlands High School on allegations of assaulting a pupil, was not reinstated by Friday September 16.

Senye and another teacher at the school, who were suspended by the Gauteng education department since February when the alleged assault on a grade 11 Meadowlands High pupil took place, will appear in the Protea Magistrate’s Court on October 5 to face criminal charges laid by the pupil’s parents.

In a widely reported outburst on September 1 Sadtu’s Johannesburg regional secretary, Ronald Nyathi, threatened a “total shutdown” of Soweto schools if Senye was not reinstated.

Many pupils are now writing matric prelim exams and the finals are just months away. Meadowlands has 1 400 pupils and only 57% of its matrics passed last year.

Respecting the processes
But Nyathi’s threat of a shutdown has itself been shut down. Sadtu Gauteng chairperson Eddie Kekana told the Mail & Guardian this week that the union “respects the processes” under way regarding Senye.

Nyathi blew hot and cold with the M&G this week. On Monday he agreed to meet the newspaper the following day. On Tuesday he asked that the M&G meet him instead on Wednesday.

On Tuesday night, he cancelled that arrangement and refused to comment, saying the Senye matter was “sub judice”.

Kekana said the union would “allow the process to continue”. Sadtu’s provincial executive had heard of Nyathi’s ultimatum from media reports, but the region had since “clarified” that it would not strike.

“There are processes going on and we respect them,” said Kekana about Senye’s pending disciplinary hearing and court case.

“We — all agreed that we must see normality and stability returning to the school.”

Instability continues
But the M&G’s three visits to the school this week suggested that instability and tension continue. A grade 10 pupil who asked not to be named said teachers were not taking their classes.

The pupil was also worried that the school governing body (SGB) might lock them out of the school. The SGB and some pupils have disrupted schooling several times by holding demonstrations during school hours to demand Senye’s reinstatement.

The M&G saw some pupils leaving school early on Tuesday. But one of those pupils said teachers were invigilating grade 12s, now writing their matric prelims.

Meadowlands SGB chairperson Queen Lewis referred the M&G to the National Association of School Governing Bodies, whose spokesperson, Nhlanhla Njoko, said its members “would not rest” until the Gauteng education department addressed its grievances over the appointment of an acting principal to take over Senye’s work. The department had not followed proper procedures, including necessary consultation with the SGB, in doing so, he said.

Asked about this, departmental spokesperson Charles Phahlane said: “We have constant engagement with the SGB and parents.”

Daily police monitoring
Since the department obtained a court interdict last month preventing the SGB and others from disrupting classes at the school police have monitored the school daily. “Until the education department comes to its senses, there won’t be peace in the school,” said Njoko.

The M&G saw a police van at the school on Wednesday afternoon.

Last week ANC provincial chairperson David Makhura issued a statement accusing “certain elements” in the unions and SGBs of denying Soweto pupils an opportunity to learn. Such “forces of darkness” had to be isolated by communities and politically defeated, he said.

Senye told the M&G he felt “overwhelmed” by the support from fellow teachers, but wanted the matter resolved. He would attend the hearing scheduled for Tuesday next week when he hoped the disciplinary action would be finalised.

“It has been dragging on for too long and has been very stressful. We must get done with it,” said Senye.

Citing cases such as a school to which only four learners returned, to be met by 20 teachers, the union said Covid-19 is wreaking havoc on learning
Read more
Advertising
Continue to the category
Politics