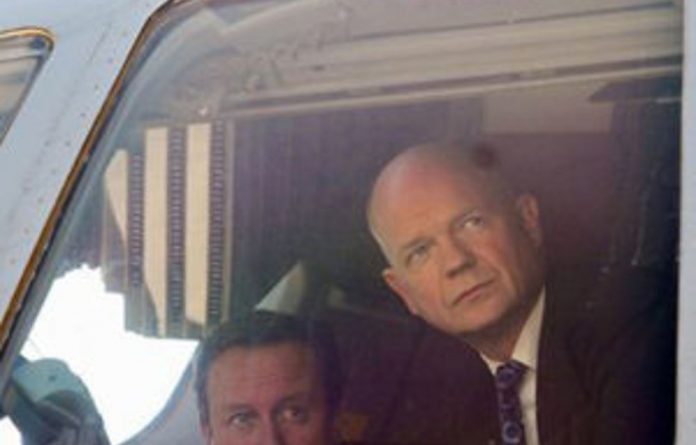 Turkey’s prime minister heads to Libya on Friday, a day after the French and British leaders won a hero’s welcome there for helping to overthrow Muammar Gaddafi and in the midst of a fierce battle over Gaddafi’s home town.

Tayyip Erdogan, on a North African tour to assert Ankara’s regional influence, will be hoping to reap political and economic dividends from Libya’s new rulers for his country’s help in their struggle to end Gaddafi’s 42-year grip on power.

After nearly seven months of fighting, anti-Gaddafi forces backed by Nato air power control most of Libya, including oil-producing centres and the capital Tripoli, which they seized last month.

But they have met fierce resistance in a handful of pro-Gaddafi bastions such as the desert town of Bani Walid, the southern outpost of Sabha and Sirte, Gaddafi’s birthplace 450km east of Tripoli which they tried to take on Thursday.

“They have now entered the city. There was a coordinated push from the south, east and west and from along the coast. I’m not sure how far they have been able to enter,” said Abdulrahman Busin, military spokesperson for the ruling National Transitional Council (NTC).

“They are coming under heavy fire. There is a particular problem with snipers.”

Gaddafi’s spokesperson said he had thousands of supporters.

“We are telling you that as of tomorrow there will be atrocious attacks by Nato and their agents on the ground on the resisting towns of Sirte, Bani Walid and Sabha,” Mousa Ibrahim told Syrian-based Arrai television late on Thursday.

The television said 16 people had been killed in Sirte, including women and children, as a result of Nato bombing, and that Gaddafi forces had destroyed a Nato warship and several vehicles. None of the reports could be independently verified.

In Bani Walid, which anti-Gaddafi forces are wary of storming for fear of alienating a powerful local tribe, residents were still trying to flee, and reported that others were trapped by gunmen.

Turkey’s role
France and Britain spearheaded the air campaign that ousted Gaddafi, but Turkey — which had contracts worth $15-billion in Libya — backed it reluctantly and was slow to recognise those now leading the oil-rich north African state.

A Turkish ship did play a key role in evacuating civilians from the coastal town of Misrata while it was besieged by Gaddafi forces, and Ankara has recently been vocal in supporting the NTC and provided it with $300-million in cash, loans and other aid.

French President Nicolas Sarkozy and British Prime Minister David Cameron were told their support may be repaid in business contracts with the oil-rich North African state.

Turkish companies with business in Libya are hoping the Council will honour pending payments once assets are unfrozen, and Energy Minister Taner Yildiz has said he wants state-owned oil and gas exploration company TPAO to resume oil exploration and production work in Libya if security is established.

That depends to a large extent on the fate of Gaddafi who, wanted by the International Criminal Court, is rumoured to be hiding in one of the loyalist strongholds.

In Benghazi, seat of the uprising which early intervention by French and British jets helped to save from Gaddafi’s army in March, Sarkozy and Cameron were treated to a rowdy welcome on Thursday, shouting over a cheering crowd.

“It’s great to be here in free Benghazi and in free Libya,” said Cameron as he strained to be heard above the chants in scenes from the former rebel stronghold televised live across the globe.

The French president, struggling for re-election next year, beamed at grateful chants of “One, two, three; Merci Sarkozy!” while the two leaders, flanking NTC chairperson Mustafa Abdel Jalil, held his arms aloft like a victorious boxer.

“France, Great Britain, Europe, will always stand by the side of the Libyan people,” said Sarkozy, whom many Libyans credit with making a decisive gamble, pulling in a hesitant United States and securing UN backing for Nato air strikes to halt Gaddafi’s tanks as they closed in to crush Benghazi.

Although Sarkozy denied talk among Arabs of “under the table deals for Libya’s riches”, Jalil said key allies could expect preferential treatment in return for their help in ending Gaddafi’s rule.

“As a faithful Muslim people,” he told reporters in Tripoli, “we will appreciate these efforts and they will have priority within a framework of transparency.”

Erdogan, who has visited Egypt and Tunisia this week, has been holding up Turkey’s blend of Islam and democracy as a model for the movements that have toppled longtime Arab rulers in Tunis, Cairo and Tripoli.

He has already won plaudits from Libya’s new rulers.

“We expect the world community to follow the wonderful support of Turkey, its leading role and effort. Turkey has done an amazing job,” Aref al-Nayed, Libyan ambassador to the United Arab Emirates, told a recent Libya Contact Group meeting in Istanbul.

Other states which did business with Gaddafi, notably China and Russia, have been concerned that their lukewarm attitude to the NTC may cost them economically. While Jalil stressed a desire to allocate contracts on the best terms for Libya, and to honour existing contracts, he said some could be reviewed. – Reuters